An American woman named Gabby Petito was slain by her fiancé, Brian Laundrie, in August 2021 as they were embarking on a cross-country van trip. The journey started on July 2, 2021, and Petito was supposed to be gone for four months; however, he vanished in late August.

Laundrie sparked questions when he returned Petito’s van from Wyoming to his parents’ home in North Port, Florida after she vanished, refusing to discuss her whereabouts. He was identified as a person of interest in the investigation, and a warrant for his arrest was issued on suspicion that he had used Petito’s debit card to make withdrawals. On September 13, Laundrie left his Florida home, and on September 17, his disappearance was reported.

The city of North Port is still working on creating a long-lasting memorial to remember Gabby. The neighbourhood responded by sending flowers, photos, and other mementos to the City Center Front Green in the days following Gabby’s abduction, erecting a temporary memorial.

Most of the items were collected over the course of a week by Gabby’s family. The city will remove what is left on Tuesday. In time, the city will swap out those objects for a steel bench dedicated to Gabby.

On Monday, it had been exactly one month since Gabby’s family filed a missing person’s report, claiming they had been unable to contact her for more than a week while she was travelling cross-country with Brian. Her body was discovered on September 19, a week later.

The month has been painful, according to Gabby’s parents.

Jim Schmidt, Gabby’s stepfather, admitted that making the call was the hardest thing he had ever done in his life. “When we left, I was aware of what to anticipate and what the likelihood was. However, nothing could possibly have prepared you for that exact situation.”

What was Gabby Petito’s Cause of Death?

In August 2021, while on a “dream” road trip with her fiancé Brian Laundrie, Gabby vanished. But it quickly turned into a nightmare when she vanished and was subsequently discovered dead, strangled. Laundrie was identified as a “person of interest” in the case, but police claimed that by refusing to cooperate with them, he was “hindering” their investigation.

Later, Brian Laundrie committed suicide. His bones and a note accusing him of killing Gabby were discovered. Laundrie’s parents are embroiled in a court dispute with Gabby’s parents on allegations that they knew their son had killed her before he passed away. The Laundries have denied knowing about Petito’s passing in advance. Dr. Brent Blue, the coroner for Teton County, ruled on September 21, 2021, that Petito had been killed. On October 12, 2021, Teton County made public the official autopsy report, which identified strangulation as the cause of Gabby’s demise. Decomposition, according to Dr. Blue, indicated that Gabby’s body had been present for three to four weeks.

Where was Gabby Petito Found?

Authorities in Wyoming reported that a body had been discovered in the region where Gabby’s search had been going on on September 19, 2021. It was confirmed that Gabby’s remains had been identified on September 21, 2021. In Grant Teton National Park, where Gabby and Brian had camped up before she vanished, the remains were found.

What has Gabby Petito’s Family Said about her Death?

Following the FBI’s announcement that the body was likely that of Petito, her father Joseph wrote a heartfelt ode to his daughter on Instagram. In a post, Joseph included a picture of Gabby in front of a painted-winged wall and said, “#gabby Petito she impacted the globe.”

In September 2021, when word of Gabby’s body’s discovery broke, Gabby’s relatives claimed they had received “signs” from her. Jim Schmidt, her stepfather, said: “We never stop thinking of Gabby and spreading the word about her. She is constantly there for us and communicates with us through signs.

Following the news conference with the Teton County Coroner on Tuesday, Brian Laundrie’s lawyer issued the following statement on behalf of his client:

“Tragically, Gabby Petito passed away at such an early age. Although Brian Laundrie is currently accused of making illegal use of a Gabby Petito debit card, Brian is simply a person of interest in connection with Gabby Petito’s passing. Brian is still missing as of right now, and whenever he is found, the pending fraud accusation against him will be dealt with.” 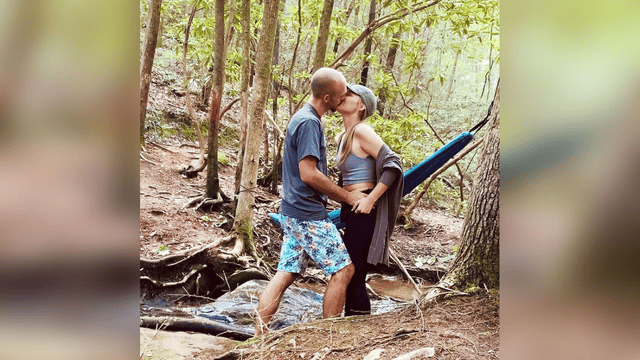 In regard to Brian, his family reported him missing on September 17 and stated that they thought he had left the house on September 14 in his silver Ford Mustang. The day Brian left for his hike in the Carlton Reserve, according to his parents’ latest assertion, was Monday, September 13.

The Mustang was back at the Laundrie residence on September 15th, according to Laundrie family attorney Steven Bertolino.

The statement read, “We now believe the day Brian left to hike in the preserve was Monday, September 13,” adding, “Upon additional conversation with the FBI and confirmation of the Mustang being at the Laundrie residence on Wednesday, September 15, we now believe.”

Since then, authorities have asked Chris, Brian’s father, to help with their hunt.

He spent three hours with detectives at the Myakkahatchee Creek Environmental Park on Thursday, where the family believes Brian was going when he vanished.