The Top 15 Best Global Pandemic Movies That Made You Cry

The most horrifying plots are sometimes inspired by true events. We’ve compiled a list of the greatest pandemic films ever made.

To get away from reality, we often go to the movies. What is the point of worrying about our jobs, relationships, and global pandemics if we can travel through time and space? Movies depicting our (often miserable, Omicron-filled) reality can be comforting at times.

The third year of COVID-19 may seem odd to some, but there are times when watching Hollywood’s depictions of real-life can be both comforting and entertaining. A pandemic film can provide suspense, thrills, and reassurance that you aren’t running from zombies if you choose to watch one of the more extreme versions of the pandemic. In order of quality, here are some of the best documentaries on viruses and pandemic outbreaks.

Outbreak, a 1995 thriller about a deadly hemorrhagic disease that spreads throughout California and the United States, is one of the most well-known virus films of all time. However, while some of the military’s doctors and scientists work tirelessly to find a cure, one belligerent general plans to use the disease to inflict mass death on civilians.

The Last Man on Earth

Films depicting pandemics and viruses are not new. Dr. Robert Morgan (Vincent Price) is an immune Dr. who tries to survive in a new world where half of humanity has been killed by a disease, and the rest have been turned into zombies by the virus.

In addition to Will Smith’s self-titled film and the fantastic 1972 film The Omega Man, this film is based on Richard Matheson’s novel I Am Legend. However, the best of the three is The Last Man on Earth, thanks in large part to Vincent Price’s outstanding performance and the utmost fidelity to the original story.

For this fast-paced horror film, you’ll need to master the art of running. Brad Pitt plays a UN worker racing to find the origins and cure of a global zombie pandemic in World War Z, which features one of the scariest and fastest zombies in movie history.

We love Brad Pitt for his love of pandemic films. To learn more about a man-made virus that wiped out millions of people in the 1990s, James Cole (Bruce Willis) travels back in time in the science fiction classic 12 Monkeys. Cole, who is deemed insane and committed to a mental institution in the film, provides a somber glimpse into the grim post-apocalyptic future.

La Jetée, a 1962 short film by Chris Marker, serves as the inspiration for Terry Gilliam’s film, which features excellent performances from Willis and Pitt. 12 Monkeys, despite its flaws, is a unique gem that combines visual inventiveness, cerebral concepts, and thrilling emotions like no other film.

Dawn of the Dead

While many “pandemic” films end up being zombie flicks by the end of the first act, few are as beloved as Dawn of the Dead from 1978. Dario Argento’s help from George Romero makes this film a horror classic depicting a global zombie pandemic from the perspective of a group of survivors hiding out in an abandoned shopping center.

Just like a zombie pandemic, materialism and capitalism can become viral pandemics in their own right. The film is not only deliciously gory and hysterically violent, but it also satirizes the American consumerist culture.

After being nominated by Empire magazine for inclusion in its 2008 list of the 500 greatest movies ever made, Night of the Living Dead was also included. In addition to Zack Snyder’s action-packed remake and Edgar Wright’s hilarious parody, Dawn of the Dead sparked two sequels.

Due to its stark and chilling depiction of a global disease outbreak, Contagion has earned a place in this list’s third position. The film, directed by Steven Soderbergh and written by Scott Z. Burns, tells the story of the “bureaucratic heroism” displayed by government officials and scientists in their efforts to track down the disease and stop it from spreading.

Because Contagion is a sociological examination of what would happen if Gwyneth Paltrow unleashed a deadly virus, it features an ensemble cast of stars like Matt Damon, Laurence Fishburne, Kate Winslet, and more.

Also Read:- Here Is the List of the Best Anime Series on HBO Max

As a “hyperlink cinema” film, Contagion is one of the most ambitious in scope, with several intertwined and international plotlines. This may explain why COVID-19, the pandemic portrayed in the film, became so popular in 2020.

In the not-too-distant future depicted in the movie Pandemic, a virus of catastrophic proportions has ravaged the entire planet. There are fewer people who are not infected than there are who are, and humanity is rapidly losing its grip on its ability to survive.

The only chance it has is to find a treatment for it and keep the infected people contained. The character of Lauren, played by Rachel Nichols, is a doctor who, after the destruction of New York City, travels to Los Angeles to take charge of a group that searches for and helps uninfected survivors.

Bundang, a Seoul suburb, is in the grips of an unprecedented pandemic. He died from an unknown virus after smuggling in undocumented migrants. It wasn’t long before many people in Bundang, South Korea, were suffering from the same symptoms. 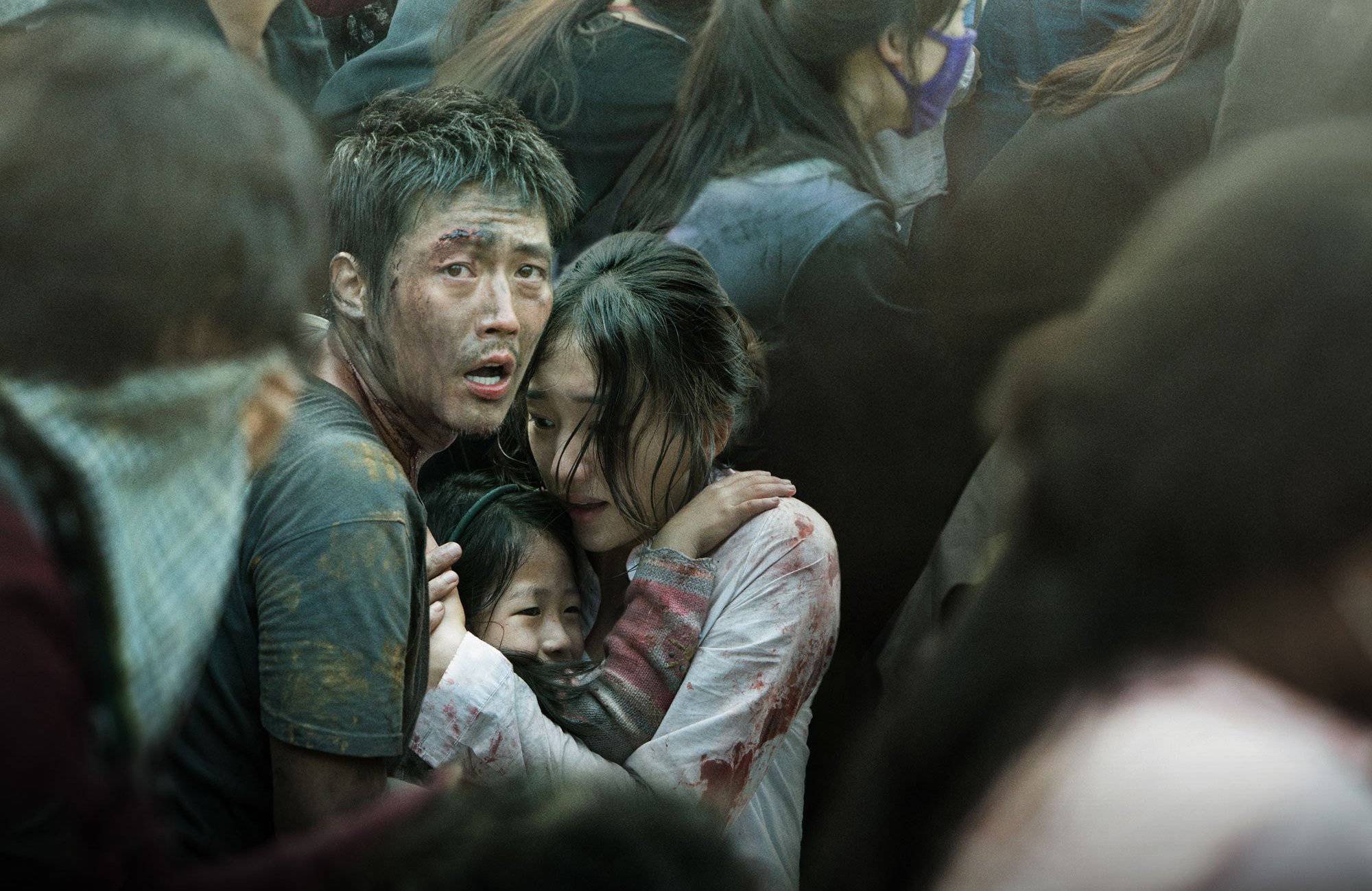 The number of people infected with the airborne disease increases rapidly, causing chaos. Precautions are being taken in case of a worst-case scenario in this city of 500,000 people located only 19 kilometers from Seoul. The government declares a shutdown of all government operations.

The index case’s blood serum is critical to the vaccine’s development, so infectious disease specialist In-hye and rescue worker Ji-goo venture into the closed city to collect it.

28 Days Later is regarded as one of the greatest zombie films of all time and one of the scariest movies of the 2000s. Zombie films have been resurrected thanks to Danny Boyle’s film, which features an innovative depiction of zombies as well as dynamic cinematography that shakes audiences to their core.

It is a post-pandemic world in which a group of survivors is trying to evade those who have been infected by a scientific experiment. In the wake of the critical acclaim that 28 Days Later received, the film was followed by a sequel and perhaps a third.

This year, Time Out magazine polled 150 professionals in the film industry, and the results crowned it one of the best British films ever made. It’s also the best pandemic film because it successfully combines the gore of the zombie genre with the emotional resonance of virus films, resulting in an amazing and entertaining depiction of the struggle to survive in the face of the world falling apart around you.

On a train traveling from Seoul to Busan, a zombie outbreak occurs when passengers are infected by the virus. At the Korean box office, it ranked as the sixth highest-grossing film of all time. Besides the United States, it was a huge hit in Malaysia, Singapore, Hong Kong, India, and the Philippines. 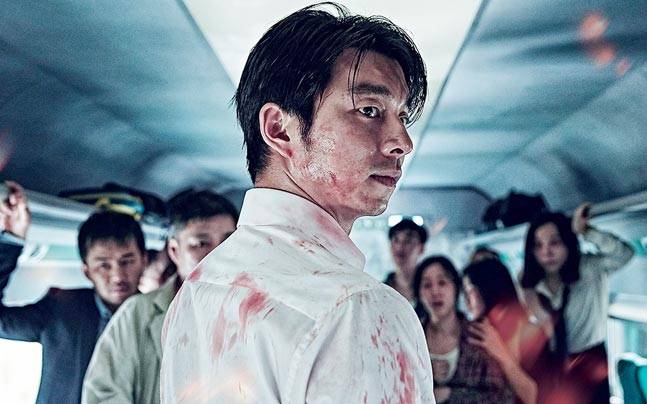 It was nominated for numerous awards and broke numerous records in several countries. Filmmaker Edgar Wright, best known for his work on Shaun Of The Dead (2004), called it the best zombie film he’d seen in quite a while.

A small town in Maryland is the setting for this found-footage movie that takes place during a pandemic. Barry Levinson, the film’s director, was initially contacted about making a documentary about the same town located in the Chesapeake Bay area.

On the other hand, he was concerned that nobody would care about the pollution and fish depletion that was occurring in the waters. Instead, he made the decision to turn the story into a theatrical piece by basing it on real events that occurred at the location.

The Seventh Seal is a film about pandemics, even if it isn’t what most people think of when they think of pandemic cinema. After all, the story revolves around the most famous plague in history.

Ingmar Bergman directed the film, which takes place during the Black Death epidemic of the 1300s and features a knight who must play chess with the angel of death in order to save his soul.

In addition to being one of the greatest movies ever made, The Seventh Seal is considered a cinematic masterpiece. There are several scenes in this film that have become canonical due to homages and parodies because they made Bergman famous around the world.

Look no further than The Seventh Seal to find a film that explores the philosophical and existential aspects of disease and plague in depth.

Rise of the Planet of the Apes

This is a remake of a 1960s film. For a pharmaceutical company, it tells the story of its efforts to find a cure for Alzheimer’s disease. Chimpanzees can be treated, but the virus is fatal to humans and spreads worldwide.

Also impressive is this film’s CGI (computer-generated imagery). Makes you feel like you’re actually watching an ape. Pandemic is made even better by the tension-filled score.

A father and daughter struggle to stay alive as an epidemic sweeps across Australia in this suspenseful drama. Black Panther (2018) and The Hobbit (2012) and Sherlock (2013) star Martin Freeman (2010). In her first feature film role, he shares the screen with up-and-coming actress Simone Landers.

It is based on a well-known short film of the same name. It quickly became the first Australian Netflix Original movie, which is always available on Netflix, after it went viral on YouTube with over thirteen million views.

An actual outbreak in Kerala, India, in 2018 served as the inspiration for this film’s storyline. The film focuses on a group of courageous individuals who worked together to contain the virus. Pandemic, horror, and survival thriller all rolled into one.

Moreover, it has a surprising effect on motivation. Health care workers are shown to be resilient and willing to take risks in order to keep others safe.