In the pilot of “Big Sky,” viewers can see that the producers aren’t afraid to take a few big risks. When the series begins, you assume that it will follow two detectives, Cassie (Kylie Bunbury) and Cody (Ryan Phillippe), as they solve crimes together and build a romantic relationship.

Cody’s ex-wife Jenny (Katheryn Winnick) is still in the picture and works as a freelance detective for Cody’s business, so things get a little more tricky.

Cody is murdered in the first episode, causing the show to feel like a familiar thriller series that you’ve seen a million times before. Anyone who saw it for the first time was taken aback, given how well-known Ryan Phillippe is. Fans were captivated by the show’s unpredictable nature and the potential for dramatic shifts in its plot.

It was renewed for a second season before the first one was even over, promising even more twists and turns. Season 2 of “Big Sky” will feature the following developments.

What is Big Sky’s story? 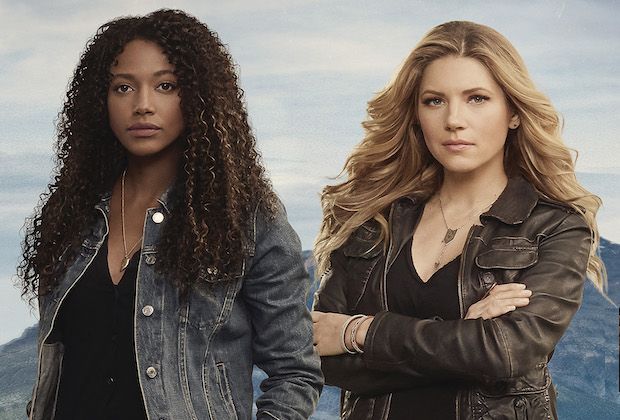 C.J. Box wrote the novel series on which Big Sky is based. To find two sisters stolen by a truck driver, private investigators Cassie Dewell and Cody Hoyt teamed up with their estranged wife and ex-cop, Jenny Hoyt, in the first season.

They soon learn, however, that these aren’t the only local ladies who have vanished. Before another female is kidnapped, they must unravel this mystery.

Season 1 spoilers are ahead for those who haven’t seen it yet.

Dewell and Hoyt find the identity of the truck driver as Ronald Bergman, along with Sheriff Tubb as well as other investigators Jerrie Kennedy and Mark Lindor. Scarlett Leyendecker, his co-conspirator, remains a mystery to them, so when the team arrives to arrest Ronald, the two can go their separate ways.

Human trafficking syndicate accomplices attack the police transport, allowing Ronald to escape free and reconnect with Scarlett, while Lindor and Tubb are both injured in the crash and Jenny is wounded. However, Cassie ends up pursuing Ronald.

Season 2 of “Big Sky” is set to include a mostly unchanged cast.

Kylie Bunbury and Katheryn Winnick are expected to reprise their roles unless anything unforeseen occurs. This season’s cast has been through a lot together, and as a result, their characters have become closer and more dependent on one another. It will be exciting to see how their friendship is tested in Season 2 of the show.

However, it is not out of the question that the character of Ryan Phillippe would reappear in the form of flashbacks or visions throughout the show’s duration. There hasn’t been any official word on Phillippe’s future role in the show, but keep an eye out for any announcements.

John Carroll Lynch, Brian Geraghty, Ted Levine, and Dedee Pfeiffer are all actors who could potentially return to the series in new episodes. “Big Sky” creator David E. Kelley’s wife is Michelle Pfeiffer’s sister, and Pfeiffer is married to Pfeiffer herself.

Also Read: Never Have I Ever Season 3 Release Date: Things You Need to Know

When Can We Expect the Second Season of Big Sky to Be Released?

Like many other shows that year, “Big Sky” premiered its first season in November of 2020. Productions were put on hold because of the COVID-19 pandemic, therefore instead of fresh seasons debuting in September as they usually do, they were delayed until November and December.

If there are no further delays in 2021, “Big Sky” should be launched in September of that year.

ABC has already filled several positions behind the scenes. Season 2 of “Big Sky” will have a new showrunner in Elwood Reid (via Deadline). Throughout Season 1, Reid served as executive producer, but he will take over showrunner responsibilities from the series creator, David E. Kelley, who developed the likes of “Ally McBeal” and “Big Little Lies.” As executive producer, Kelley will remain on board.

American Gods Season 4: Is it going to be renewed or cancelled?