Black Adam Release Date Has Been Announced! Check Out Here

While comic book moviegoers prepare for a new wave of super-powered toughs to hit theatres worldwide, one character, in particular, has fans of the DC Extended Universe more agitated than others.

According to a source, he was initially a supervillain, but he’ll be leaning toward his anti-hero instincts in his solo film. Known as Black Adam, he is one of the most potent DC Comics characters ever created.

The term “powerful” should be taken to mean “supremely powerful.” Superman and Shazam, two of DC’s most recognizable characters, have little chance against him.

We can tell you that Black Adam, the second name on that shortlist of heroes, is the very definition of an arch-enemy, driving Billy Batson and his powered family to the brink and beyond in the pages of DC comics.

A standalone feature from one of DC Comic’s biggest not-quite-baddies is being geared up by “Black Adam” comic book fans, while we’ll still have to wait to see Shazam and Black Adam face a battle on the big screen. The following is all that we currently know about the impending “Black Adam” film from DC. 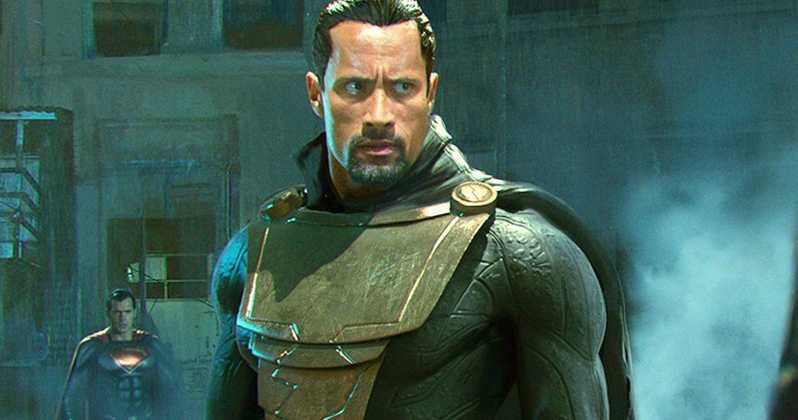 It’s important to note that before all of you diehard DC Comics fans get too excited about the upcoming feature film debut of the villain-turned-antihero “Black Adam,” you should know that you’ll have to wait a bit longer. Despite DC’s long-term plans for the character’s big-screen debut, the path to a theatrical release has been anything but straight.

In the wake of the colossal flop that was “Justice League,” the DCEU has re-evaluated how they approach their cinematic universe. “Shazam!” was released before introducing the hero’s arch antagonist and a late-game executive judgment that Black Adam was a rich enough character in his own right to warrant his solo feature.”

As holiday treats for DC moviegoers everywhere, “Black Adam” was initially slated to enter theatres on December 22, 2021. However, the COVID-19 pandemic delayed its filming schedule, resulting in a new release date of July 29, 2022, like with many other entertainment enterprises of all sizes.

Finally, in March, the megastar stated that Warner Bros. had pushed back the release date of “Black Adam” in the wake of an entire re-arrangement of its impending significant releases. The current release date for “Black Adam” is set for October 21st, 2022.

The Cast Of Black Adam

The Storyline Of Black Adam As far as we know, DC and Warner Bros. are keeping a tight lid on the “Black Adam” movie’s premise, so we don’t know much about what the film will be about.

We don’t yet know what Team DC has planned for the “Black Adam” film, but there are some hints we may gather now before the story is officially announced. Aside from that, it’s worth mentioning that “Black Adam” will be his DCEU introduction.

In this sense, “Black Adam” is a foregone conclusion as an origin myth. Black Adam is already a well-established superhuman in the film’s fictional universe that Johnson discussed during the DC Fandom 2021 event.

Even while this footage shows Black Adam waking up, it’s possible that the movie could leap back in time after its opening scene to establish the character’s conception.

According to Johnson, he’ll focus on Black Adam’s antihero side rather than his criminal impulses in the film (via ScreenRant). That would make for an intriguing confrontation with Shazam or perhaps Superman when he finally meets up with him on the big screen shortly, wouldn’t it?

The first shot of “Black Adam,” which Dwayne “The Rock” Johnson revealed at the DC Fandom event, is the closest thing to a trailer at the moment. Concept art, interviews with the actors and crew, behind-the-scenes material, and a few segments taken out of context all precede the opener, giving a sense of the film’s visual aesthetic.

If you’re as excited about “Black Adam” as we are, you may want to bookmark this page, which we’ll be updating as soon as we get any new information about the movie.

The Marked Heart: When Will be the Season 2 of It Released?

Benzino Net Worth: How Did Benzino Become Rich?