If you’ve been hankering to play an old video game, think twice before digging it out of storage. Using a video game from the 1980s, Netflix’s Choose or Die bends reality and compels the user to make decisions that could either save another person’s or their own lives.

An old video game that Toby Meakins made his feature film debut as a filmmaker is the catalyst for a chain of events that the two friends can’t stop until they finish the game or die trying, all in the hope that they can claim the $1,000 prize for finishing it or die trying.

The trailer for Choose or Die was released on March 29, 2022, written and produced by Simon Allen, best renowned for his work on The Musketeers. If you want to witness what occurs when you play an ancient video game, you won’t have to wait too long to view the film. To tide you over until Netflix releases Choose or Die, here’s all you need to know.

The Plot of Choose or Die 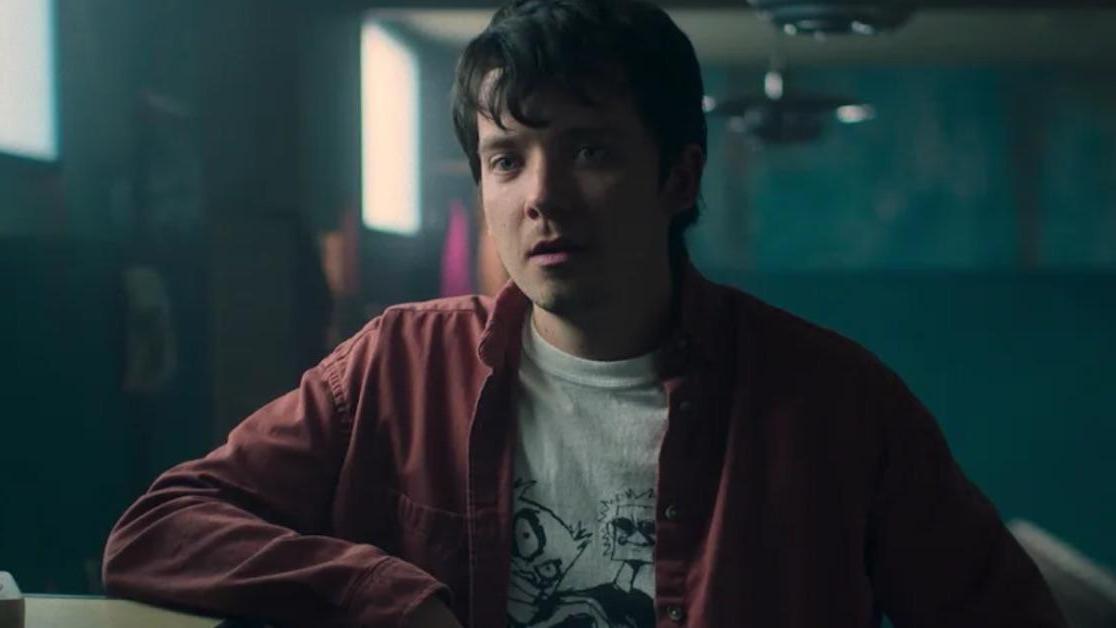 As Kayla (Iola Evans) plays an ancient computer game to collect the unclaimed prize money that comes with finishing it, the plot explains that she is a broke college student. Kayla begins playing the game thinking it will be simple, but she doesn’t grasp the curse she has unleashed.

According to the trailer, Kayla has lost her job, she or someone she knows is likely to be evicted from their house, and she doesn’t know where to turn. CURS>R (pronounced Curser), an old video game with a $125,000 cash reward attached, seems to be the answer to her money woes when she finds out about it.

As a result of the game’s unusual and potentially dangerous effects on reality, Kayla begins to doubt if the money she’ll earn is worth the risk.

In the clip, Kayla is shown going through the game, while seeing the consequences of her decisions in action. This game’s gameplay is explained in part by a voice on a tape saying that “the more the cursed suffers, [the curser] benefits,” however it is unclear whether the “curser” here refers to the player or to the game itself.

It’s not clear whether this person is the creator of the game, the victim of its reality, or a researcher looking into it. Another player, an elderly guy, is seen to be having difficulty with the game’s choices. Is he someone who tried to get the prize before Kayla or someone who is trying to get it with Kayla?

The Cast Of Choose or Die

Kayla is played by Iola Evans, and Isaac is played by Asa Butterfield. Butterfield’s roles in Sex Education, The Boy in the Striped Pyjamas, Hugo, and Ender’s Game all appear on Netflix. The 100 and Carnival Row are two of Evans’ best-known projects.

In the role of Hal, played by Eddie Marsan (V for Vendetta, Vice), the other person who attempts to play CURS>R at some point, it’s unclear how far Hal has gotten. A Nightmare on Elm Street’s Robert Englund will be playing a fictionalized version of himself in the film, which is a pleasure for the audience to watch and experience.

It’s possible that Kayla is sharing an eviction notice with a family or acquaintance, in which case Angela Griffin (Coronation Street) plays Thea.

Both Kate Fleetwood (The Wheel of Time) and Ioanna Kimbook (Server Grace) are cast in the role of Laura and Grace, respectively. Ryan Gage (The Hobbit, The Musketeers) plays Lance, Caroline Loncq (The Protégé) plays Maria, Joe Bolland (The Feed) plays Beck, and Pete MacHale (The Feed) plays Gabe, all of whom are mentioned as appearing in the film.

I Think You Should Leave Season 3 Release Date: Updates You Need to Know!

Shooter Season 4: What You Should Know!

Release Date of Choose or Die

As of April 15, 2022, Netflix has indicated that the film Choose or Die will be available to stream.

Do You Know When And Where It’ll Be Shown?

“Choose or Die,” a Netflix original series, will air on April 15, 2022. That’ll be just a few weeks from now. This new retro-styled horror film has been in development for quite some time now, in contrast.

Original title: “CURS>R” derives from the name of the tragic computer game on which it was based, “CURS>R”. Netflix paid “high seven figures” in Cannes last year to get the rights to show the film on their platform.

All of Toby Meakins’s next British horror film, which was shot entirely in London, will be released in April 2021.

John Zois, the film’s producer, praised Toby as “a visionary in the horror genre, possessing a natural flair for both creative narrative and the stark, scary palettes he conjures on-screen,”

Having worked in the horror industry for more than two decades, Toby has established himself as a pioneer, with a natural talent for both original storytelling and the use of harsh, spooky color palettes. Simon, Toby, and Matt have worked relentlessly for months in order to bring horror lovers something new and exciting.

Adding another dimension to the experience is the retro setting, which was influenced by the nostalgic ambiance of “Stranger Things” and other episodes of the show.

“CURS>R warped present horror to place our hero against ’80s nostalgia,” Matthew James Wilkinson, the writer and co-producer of the film, said in a statement.

On this adventure, what is in store for our two predestined companions?’ See what we’ve got here, shall we?

Trailer of Choose or Die

Kayla (Evans), a young programmer in desperate need of money, decides to play a choice-based antique game in order to make money. This may be seen in how quickly things degenerate on the other side as the game’s potential to alter reality is demonstrated through its phases of terrible possibilities and humanity’s determination to do all possible to survive.