Fortnite New Season: When It Will Be Renewed?

The gaming insider posts a lot of leaks and scoops on his Twitter account, and he now seems to have said when Season 5 of the wildly popular battle royale game will come out.

We’re in Season 3 of Chapter 3 of Fortnite right now, and Season 4 is likely to start later this month, probably on September 18.

Season 3 is supposed to end on September 17, so it makes sense that Season 4 would start 24 hours later.

But now that we know when Season 5 will come out, we have a clear plan for what will come next.

According to givmesport, On Twitter, Tom Henderson said the Season would start on December 5, 2022.

We don’t have any more information about the Season’s theme or the Battle Pass.

That’s because Season 4 hasn’t started yet, and as of this writing, we’re still in Season 3.

This Season has been all about the word “Vibin’,” and the island has become a big party. 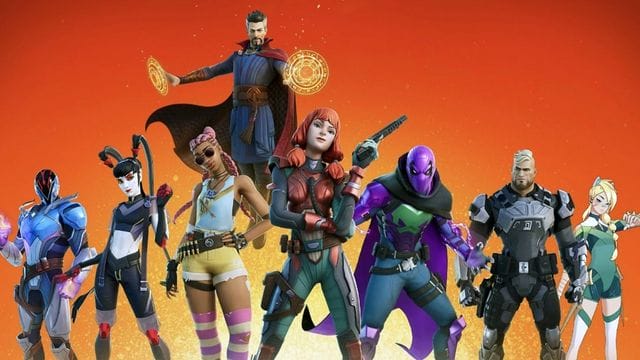 It has let players bounce around Reality Falls, ride creatures, and face the Screwball roller coaster.

READ MORE: The Dropout Season 2: When It Will Be Released?

Given the date and how close Christmas is, Epic may make Season 5 a Christmas-themed update.

Even though we don’t know for sure, Fortnite fans eager to see where Epic Games goes next are likely to find it very exciting.

The release date hasn’t been officially announced yet, and we haven’t seen anything like a trailer or even a hint of what’s to come in the game, but we’ll keep a close eye on the social media feeds so we can let you know when it is.

Henderson, on the other hand, has an excellent track record, so we are very sure that Fortnite Chapter 3 Season 5 will come out on December 5, 2022.

The most likely date for the release of Fortnite Chapter 3 Season 4 is September 18. This data is based on the end of the current Season, September 17, but Epic Games hasn’t confirmed it yet.

READ MORE: Seal Team Season 6: When Will It Be Renewed?

In the new Season, there will be new skins for Fortnite, and one of them will be based on a character from another licensed property. Spider-Gwen from Spider-Man: Into the Spider-Verse is thought to be the licensed character skin you can get at the end of the battle pass. Goth Meowscles, whose skin was also leaked, wears a hat that doesn’t fit right.

Will There Be a Live Event for Fortnite?

When this was written, Epic Games had not announced a Fortnite live event to bridge the gap between seasons 3 and 4.

READ MORE: Expanse Season 7 Release Date: Where Can I Watch the Season?

Of course, these things are usually only announced right before they happen. If a live event is set, we’ll let you know. While you wait, you can watch the last live event (which sat between Fortnite season 2 and Fortnite season 3).

Even though the new Fortnite Season doesn’t start for a few more days, this picture has already been shared online. It is said that this scary picture of a hand coming out of something unknown will have something to do with Fortnite season 4.

Fans who look closely think that this hand belongs to Paradigm, who is one of The Seven, a group of superhero-like characters in the game. It has been said that well-known Fortnite player Brie Larson could play Paradigm in the game, which would be a fun way to start season 4 of Fortnite.

Let’s not forget that Fortnite has already shown that Dwayne “The Rock” Johnson is the actor behind The Foundation, the leader of The Seven, so it doesn’t seem like Epic Games can’t find any more talented people to play Fortnite characters.

Also, that concept art gives us a Terminator vibe, so we wouldn’t be surprised if the Arnold Schwarzenegger movie series got some kind of reference here. Even if that prediction doesn’t come true, you can bet that there will still be a steady stream of pop culture characters in the game. And as we learn more about Fortnite season 4, this page will be updated.

Follow @RadioTimesGaming on Twitter to find out what’s going on. Or, if you want to know what to watch, check out our TV Guide.

Visit our video game release schedule to find out about all the upcoming console games. Visit our hubs to find out more about Gaming and Technology.

The latest issue of Radio Times magazine is now on sale. If you subscribe now, you can get the next 12 issues for only £1. Listen to the Radio Times podcast with Jane Garvey to hear more from TV’s biggest stars.

What is Fortnite’s Next Season?

Chapter 3 of Season 4 of Fortnite will start on September 18, 2022. Even though we don’t know the exact date, we know that the new Season starts the day after the old one ends.

What Time Does Season 2 of Chapter 3 Start?

ShiinaBR, a well-known Fortnite leaker, said everything would happen on June 4. On that day, the Fortnite Chapter 3 Season 2 event began at 3 p.m. PST, 6 p.m. EST, and 11 p.m. GMT.

Season 5 of Fortnite will start on December 5, 2022, with Chapter 3. Epic Games hasn’t said when Seasonwouldill comes out, but they are getting ready to release Chapter 3, Season 4. The new content will likely come out on September 18, a day after Season 3.

When Does Season 4 of Fortnite Start?

We think that season 4 of Fortnite will begin on September 18, 2022, but that hasn’t been confirmed yet.

Epic Games sometimes leaves fans waiting for a long time. In one memorable case, the map was replaced for a while by a black hole. However, the game is usually only down for a few hours between seasons.

Is Chapter 3 of Season 2 of Fortnite Out Yet?

Einthusan: Every Information That You Want to Know About It?