House of Hammer: When It Will Be Released?

A new series called House of Hammer will provide further information regarding the claims. Along with a member of his family, we will hear directly from some of Hammer’s claimed victims. The release day for House of Hammer is September 2, 2022.

“Never judge a book by its cover,” as the saying goes. These are a few well-known sayings that we frequently hear. Armie Hammer, the star of “Call Me by Your Name,” is an excellent example.

The audience adored his performance in that film as well as “The Social Network,” “Death on the Nile,” “Rebecca,” and other titles. Before things for the appealing actor altered dramatically in 2021, he had a sizable fan base.

The actor was the target of grave accusations, which profoundly impacted both him and those who admired him. We shall discover more about “House of Hammerpremiere, “a date, cast, streaming availability, and other details later in this post.

Because of the subject, it is about, House of Hammer is one of those documentaries that we wish had never been produced. The sexual and emotional abuse charges against well-known actor Armie Hammer and claims that he engaged in cannibalism are the subjects of this docuseries.

Armie Hammer’s family background, which is rife with scandals and secrets kept from the public, will also be revealed in House of Hammer, along with his purported nature.

READ MORE: Central Park Season 3: When It Will Be Renewed?

In this series, the dark and murky secrets of the Hammer Family will be exposed, and we will learn about them from the people he abused as well as his aunt. On September 2, 2022, on Discovery Plus, all these mysteries will be revealed through this program.

The much-anticipated series will debut on Discovery Plus on September 2, 2022, as it was formally revealed long ago. Words like depravity, dishonesty, abuse, corruption, and addiction describe the docuseries.

The docuseries will explain why these adjectives are being used to define Armie Hammer and his family. Before being divorced in the year 2020, Armie Hammer was thought of as a decent, regular person.

After 10 long years of being together, splitting up undoubtedly raises some questions. Shortly after the divorce was confirmed, strange accusations against him began to surface, causing a commotion in his life and leading to his dramatic fall.

According to sources, Robert Downey Junior, a well-known actor, assisted Armie Hammer during his stay in a rehabilitation facility. Hammer denied all of the accusations, but the purported victims had what appeared to be reliable evidence. The docuseries will present all of this.

The allegations against Armie Hammer in 2021 and his ancestry will be critical to the House of Hammer narrative. Two of Armie Hammer’s claimed victims will be introduced to us in the docuseries and present their perspectives. Courtney Vucekovich and Julia Morrison, the two asserted victims, will discuss their interactions with the now-famous actor.

Along with recounting their gruesome encounters, they also post pictures of their correspondence with him and purported audio recordings that reveal the actor’s weird proclivities and dreams. In addition, through the words of his aunt Casey Hammer, Armie Hammer’s family history is revealed in House of Hammer.

READ MORE: The Good Fight Season 6: When It Will Be Released?

You may view House of Hammer on Discovery Plus, accessible on well-known devices like the Xbox, Chromecast, Apple TV, Android TV, Roku, Amazon Fire TV, Samsung Smart TV, etc. Streaming Discovery Plus is also simple on iPads, iPhones, and any web browser. As previously stated, the documentary will debut on September 2, 2022.

The House of Hammer release date and official trailer have been made public, and soon, viewers will be able to learn more about the contentious and notorious actor, Armie Hammer. The three-part documentary will recount the experiences of the claimed victims of the actor as well as the sinister secrets that have been kept hidden from the Hammer family for a while.

Since House of Hammer is a docuseries based on actual events, its cast does not include actors or fictional characters. In the series, two of Armie Hammer’s alleged victims and his aunt discuss their interactions with Armie and unknown details.

READ MORE: Animated Film Luck: Where Can I Watch the Film?

The Talk On Social Media

Following accusations of being a cannibal with strange rape and sexual fetishes, Armie Hammer has become embroiled in issues and scandals. The alleged victims also provided screenshots and audio notes as evidence for their claims.

Since the audience and the actor’s supporters are interested in learning the truth, House of Hammer is a topic of active discussion. After watching the trailer, viewers have said it’s upsetting to see such a brilliant performer with such a terrible past. 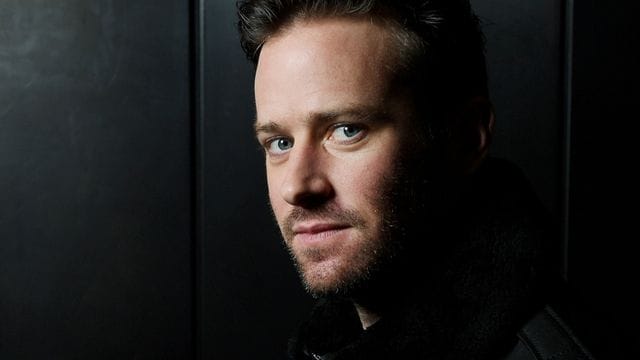 The crowd can’t wait to see House of Hammer learn more about the strange accusations. Some fans have also said they are excited about this series because they are unaware of what has happened since the actor’s fall from grace.

The three parts of the documentary series House of Hammer will each consist of three episodes, with the first aired on Discovery Plus on September 2, 2022.

What is the Focus of House of Hammer?

The docuseries, which aims to shed light on the murky secrets — ranging from allegations of violence and abuse to political scheming and financial fraud — concealed within one of America’s most well-known families, includes exclusive revelations from Armie’s aunt, Casey Hammer, and numerous survivors of Armie’s alleged sexual abuse.

Is House of Hammer Available?

The dark, twisted secrets of the Hammer family are going to be revealed by me, Casey Hammer. The first of House of Hammer’s three parts will air on discovery+ on Friday, September 2.

On August 10, 2022, the House of Hammer official trailer was published. The first alleged victim of Armie Hammer in the teaser is Courtney, followed by Julia Morrison, who was also involved with the well-known actor. While discussing their terrible experiences with the actor in the trailer, they both appear a little shaken.

The Sound of Magic Season 2: When It Will Be Renewed?

Pikmin 4: When It Will Be Released?