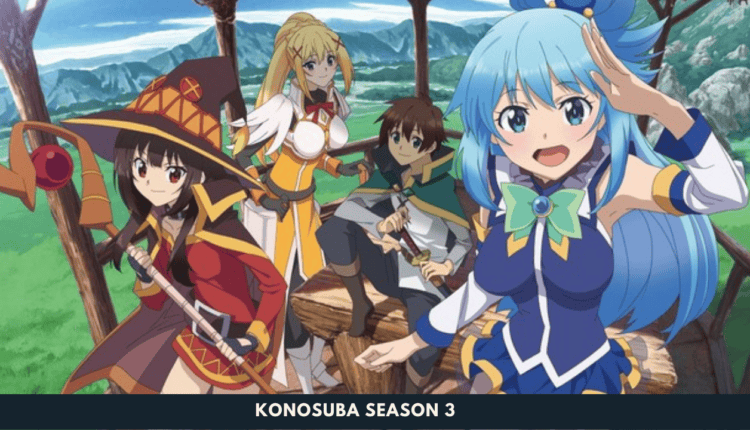 Konosuba Season 3: Is There Any Global Searches for Season 3?

KonoSuba – God’s Blessing On This Wonderful World!, or KonoSuba, will return for a third season. This was confirmed on May 28 during the live stream of the KonoSuba Channel New Information Reveal Quest Special.

It was also revealed that the KonoSuba – Gifting this Wonderful World with Explosions! series, which follows Megumin prior to the events of the main series, will be adapted for television anime. Fans will be overjoyed by the news, especially given how long it has been since there has been any new communication about the series’ future.

The live stream event also revealed some of the staff members who will be involved in KonoSuba’s third season production. Takaomi Kanasaki, the seasoned main series director, will return in that role, while Yujiro Abe, who has credits on the extremely popular Kaguya-sama: Love is War, Megalo Box, and Great Pretender, will direct KonoSuba’s third season as well as the Megumin spin-off.

Kanasaki will be Abe’s supervisor. This season’s production will be handled by Studio Drive, which will also be in charge of the upcoming second season of To Your Eternity. Koichi Kikuta, the character designer for all previous animated KonoSuba productions, is also returning for the third season of KonoSuba. 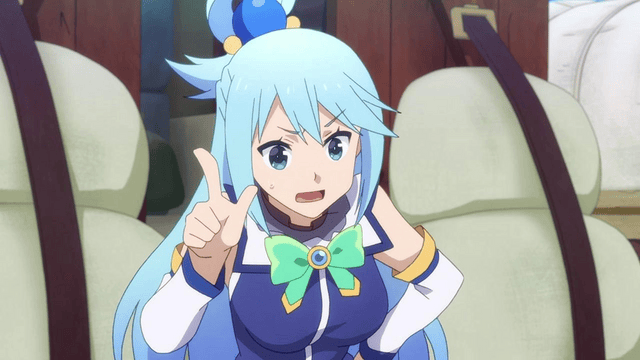 The main series cast members will return for the third season, as will Rie Takahashi and Aki Toyosaki as Megumin and Yunyun in the spin-off series. KonoSuba: Gifting This Wonderful World with Explosions! takes place one year before Kazuma and Aqua arrive. The official KonoSuba Twitter account shared the first set of visuals for the series’ new additions, heightening fan excitement for more information.

While release dates have yet to be confirmed, official communications have answered the prayers of fans eager to continue the adventure with Kazuma and his party. The announcement of the third season comes nearly a year after the official Twitter account’s cryptic announcement in July 2021 that production of a new KonoSuba animated project had been decided.

KonoSuba is a comedy series about Kazuma Sato, a teen who dies in a car accident and is given a second chance at life by the goddess Aqua. Kazuma is granted permission by the goddess to reincarnate in an alternate world with a single item of his choosing. When Kazuma unexpectedly chooses the Goddess Aqua herself, they are in for a wild adventure filled with magic, fantasy, and an eventual confrontation with the Demon King.

The first season of KonoSuba premiered in Winter 2016, adapting the first two volumes of Natsume Akatsuki and Kurone Mishima’s novel series. A year later, in Winter 2017, a second season aired, adapting the third and fourth volumes of the novel, with a film adaptation of the novel series’ fifth volume, titled KonoSuba – God’s Blessing on This Wonderful World! – Legend of Crimson, set to be released in August 2019. Crunchyroll has both seasons and the movie.

Konosuba is getting a third season. There aren’t many details about the release date, cast, or crew available right now. This announcement was made on July 18, 2021, via Konosuba’s official Twitter account. There will also be a Megumin spin-off series. Studio Drive will create the animation for the upcoming series. 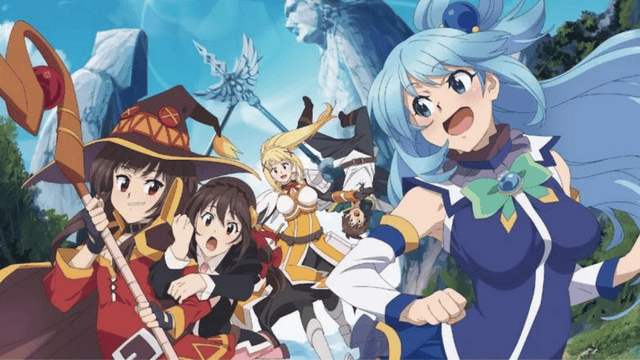 We should be hopeful for an exact release date by the end of this year, as it will be around 6 months after the announcement and the project may have a more concrete timeline.
But we fans want to know what the plot, cast, and release date will be, so we will investigate the source material, expected plot, and many other intriguing details.

Read more:- Vikings Valhalla Season 2: How many episodes will there be?

Popularity is directly proportional to Google searches. More searches imply greater popularity. Fewer searches equals less popularity.
So, how many people search for KonoSuba? The answer is quite extensive.
Globally, approximately 61K people search for season 3 on Google, with the United States accounting for 36% of total searches. This is a good number, and it is one of the reasons the anime was renewed.

KonoSuba is a comedy series about Kazuma Sato, a teen who dies in a car accident and is given a second chance at life by the goddess Aqua. The main series cast members will return for the third season, as will Rie Takahashi and Aki Toyosaki as Megumin and Yunyun. Konosuba is getting a third season. There will also be a film adaptation of the novel series’ fifth volume, titled KonoSuba – God’s Blessing on This Wonderful World! – Legend of Crimson. The announcement was made on July 18, 2021, via Konosuba’s official Twitter account.

Robert Flaxman Net Worth: Did He plead guilty?