In the past few years, true-crime documentaries have become very popular, and Netflix has some of the best ones.

Shiny Flakes: The Teenage Drug Lord is a little different from other true crime documentaries because the story of Maximilian Schmidt inspired its own Netflix drama series, How to Sell Drugs Online (Fast), which just came back for its third season.

The story of Maximilian Schmidt is almost too unbelievable for a TV show, but what happened to “Shiny Flakes,” and where is he now?

Shiny Flakes: The Teenage Drug Lord came out on Netflix on August 3, 2021, one week after season 3 of How to Sell Drugs Online (Fast).

The true story of how Maximilian Schmidt, whose online name was Shiny Flakes, built an online drug empire from his childhood bedroom is told in the feature-length documentary film.

Maximilian was arrested in February 2015, when he was 19 years old, for selling drugs worth 4,1 million euros over 14 months. 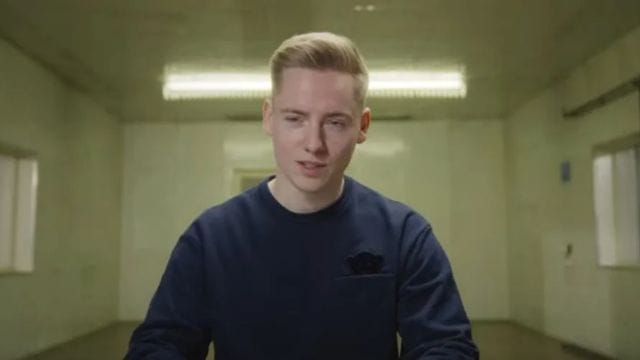 However, German police still don’t know where most of the money is because Schmidt traded in Bitcoin and has two Bitcoin wallets that the police haven’t been able to get into.

What Happened to Maximilian Schmidt?

Maximilian Schmidt admitted to his crimes after he was caught. In August 2015, he was sentenced to seven years in a juvenile prison because he was too emotionally young to stand trial as an adult.

Vice says that Maximilian made two big mistakes that got the attention of Leipzig Police and led to his arrest.

The first thing he did wrong was put the wrong address on one of his packages. When the package was sent back, it was opened, and drugs were found inside.

And the other thing was that he always sent his packages from the same post office, which was close to his house and watched by CCTV cameras.

After Maximilian was arrested, many of his things were taken away. This included the computer, where he did most of his business and kept a list of thousands of his customers.

Once the police could get into Schmidt’s computer, they found the database, which led to the start of more than 4,000 criminal cases.

Because of this, Maximilian was called a witness in hundreds of trials for people who were said to have bought drugs from his site. He went to many of these trials on day release.

Schmidt got out of jail in June 2019 after serving just over half of his seven-year sentence.

Where is Shiny Flakes Now?

Maximilian Schmidt is being looked into for a new alleged crime right now.
In August 2020, several people were arrested in Leipzig because of a drug bust, as the last few minutes of the documentary show.

The Shiny Flakes documentary shows that Schmidt was being looked into again in March 2021 because he was said to be one of several people behind a new website that sold drugs.

When the documentary came out on August 3, the investigation was still going on, and it was clear from the documentary that Maximilian had not been officially charged with any crime.

If he is charged, his innocence is assumed until the trial is over.

Shiny Flakes: The Teenage Drug Lord came out on August 3, 2021, and you can now watch it on Netflix.

Media reports say that for over a year, Schmidt sold more than 900 kilograms (about 1,200 pounds) of hash, cocaine, ecstasy, LSD, and prescription drugs. The young man sent these worldwide by mail, using the mail carriers as his couriers without them knowing.

Said defense attorney Stefan Costabel in the movie; he ran his kind of Amazon for almost all drugs. It was a very professional business: payments were made before orders were filled and shipped. “But instead of shoes, it was drugs,” Schmidt said.

Schmidt even had customer reviews, one of which he reads aloud in the movie: “Two of my teeth fell out right away; this stuff f***s you up.” Schmidt smiles and looks pretty happy with himself. He seems satisfied.

This is what the psychologist the court hired said about Schmidt, the director Müller said. “The psychologist who wrote a report on him for the trial said, “I felt neither regret nor guilt, but instead pride,” about Maximilian Schmidt.“

Müller also said that Schmidt was happy to share his story with everyone because if he hadn’t been, he wouldn’t have agreed to be in the movie in the first place. So she also talked to the police, lawyers, and other people involved in the case to get a balanced view.

In one scene, Müller asks Schmidt if his guilt never bothered him since he was the one who got people hooked on drugs. The answer was no because people wouldn’t buy pills from him if they didn’t buy them from elsewhere seems that customers just used Google to find him. Schmidt said, “This is crazy.” “In a positive sense.”

In February 2015, when the young man was 20, police arrested him in the Schmidt family’s apartment in Leipzig. They found 320 kilograms of drugs worth millions of euros there. German media say several packages of drugs that couldn’t be delivered led investigators to Schmidt.

Schmidt was given a sentence of seven years in a facility for young people. In 2019, he was released from prison after being there for four years.

Redaktionsnetzwerk Deutschland, a German joint corporate newsroom, says Schmidt is being looked into again for selling illegal drugs after he got out of jail. Still, this time he’s probably not the only one. In the movie, Petric Kleine, head of the State Criminal Police Office (LKA) in Saxony, also brings up this point.

Director Eva Müller also said that her crew knew Schmidt was someone who would commit a serious crime without thinking twice. Even so, she’s happy with how the movie turned out, especially since it was hard to show on film how a crime was done online.

Müller said, “I think we were able to show an online crime in an exciting, entertaining, and educational way.”

This article was changed on August 4, 2021, to include comments from Eva Müller, who directed Shiny Flakes: The Teenage Drug Lord.

Who is Max Schmidt?

Maximilian Schmidt was a German author and humorist born on February 25, 1832, in Eschlkam and died in Munich on December 8, 1919.

How Old Did Shiny Flakes Become?

7 years
Shiny Flakes was made by a 20-year-old who is now in jail. On Monday in Leipzig, one of the most exciting drug trials that Germany has ever seen came to an end. Maximilian S., who was only 20, was found to have sold 914 kg of drugs on the darknet and clearnet. Seven years in prison is the sentence.

Are There Still Shiny Flakes?

Shiny Flakes has been gone for almost two years.

Blueface Vs Kane When Are in Battle on His Bkfc Fight!

Richard Jenkins Net Worth: How He Debut His Career?

Jeremy Renner Net Worth: Did He Has Long History in Career?