One of Us is Lying Season 2 Release Date: It Will Be Renewed in October 2022?

When “One of Us Is Lying” debuted on Peacock in the fall of 2021, it was a surprise hit that combined the best parts of “How to Get Away with Murder” and “Pretty Little Liars.” Based on the book by Karen M. McManus, the first season was about a group of high school students who all meet up in after-school detention, where Simon (Mark McKenna), one of the students, dies suddenly. There are questions about how he died, which is why an investigation is being done.

From the start, the show had a dark tone, as we learned that every student at Simon’s death had a good reason to want to hurt him because of the cruel online gossip forum he ran and used to spread rumors about them all.

One of the things that made Season 1 stand out was the clever writing and directing, which only focused on what was important and left out the filler that slows down too many murder mysteries. The show was also exciting and entertaining because it showed how the different characters got along.

Variety said that “One of Us Is Lying” was picked up for a second season in January 2022. Based on nine reviews on Rotten Tomatoes, the first season got an impressive 89% on the Tomatometer. Here’s what we know so far about the second season.

‘One of Us is Lying’ Season 2 Release Date

According to the cheatsheet, After the end of the first season of One of Us Is Lying, many fans were relieved when Peacock announced in January that the show would be back for a second season. And it didn’t take the cast and crew long to make another batch of episodes. 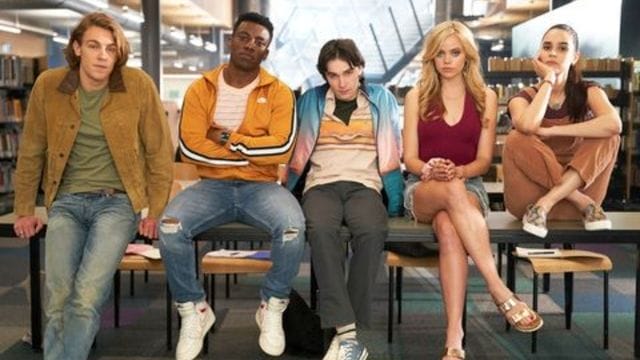 TVLine says that the second season of One of Us Is Lying will come out on October 20. So, the start of the next chapter will be just before Halloween. The show is about secrets and murder, so there’s no better time for it to start than now.

READ MORE: Say I Love You Season 2 Release Date: What is the Renewal Status of the Season 2?

Even though the Bayview Four now know what happened to Simon (Mark McKenna), they still have some pretty big secrets they want to keep hidden. The second season looks like it will build on that. So, who from the cast of “One of Us Is Lying” is coming back?

A post shared by One of Us Is Lying (@oneofusislyingpeacock)

Most of the ‘one of Us is Lying’ Cast Will Return.

Fans not only know when One of Us Is Lying Season 2 will come out, but they also know which stars will be back. TVLine said that Marianly Tejada, Chibuikem Uche, Annalisa Cochrane, and Cooper van Grootel, who played the Bayview Four, will be in the second episode of the Peacock original. 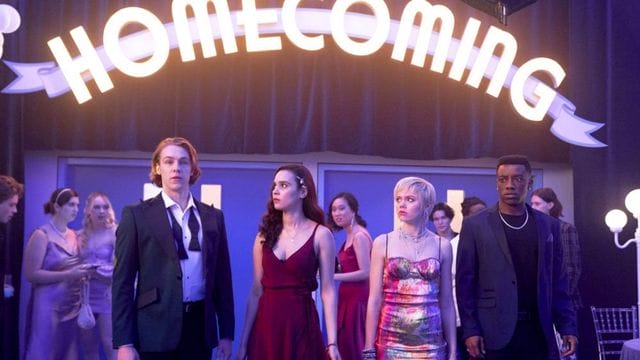 Also coming back are Alimi Ballard, Jess McLeod, Melissa Collazo, and Sara Thompson. We don’t know if Mark McKenna or Barrett Carnahan will return, but the writers could devise a creative way to bring them back.

In either case, most of the cast of One of Us Is Lying will be back for season 2. After all, the new episodes seem to build a lot on what happened in the first season. So, what is the next trip going to be about

What is ‘one of Us is Lying’ Season 2 About?

Peacock hasn’t given much information about Season 2 of One of Us Is Lying, but fans know what to expect when it comes out. Eveline provides the following summary of what will happen in the new episodes: 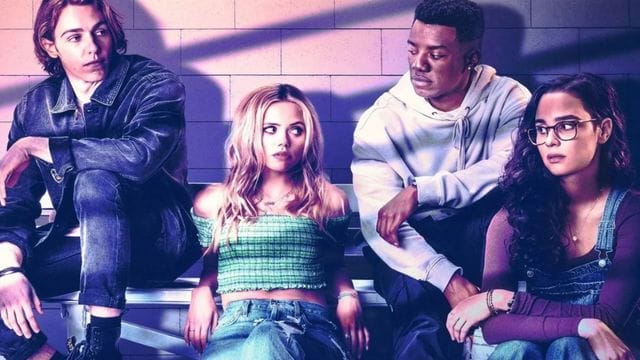 “After the nail-biting end of season 1, the Bayview Four has a secret that could kill them. In season 2, we’ll see how far they’ll go to keep their secret, themselves, and each other safe.”

Even though the description doesn’t give many details, it sounds like the Bayview Four aren’t any better off on this trip, even though they were cleared of murder charges.

READ MORE: The Split Season 4 Release: Is the Divorce Final?

We’ll have to wait and see what happens next, but things are about to worsen. Viewers are in for a wild ride if this season is like the sequel. One of Us Is Next by Karen M. McManus.

Will There Be a Follow-up to One of Us is Lying?

On October 20, the second season of “One of Us Is Lying” comes out. Peacock has released a new trailer for One of Us Is Lying, a murder mystery series for young adults based on Karen McManus’s book of the same name.

Is Simon Still Alive in Who’s Telling the Truth?

Simon is the one who figures out the mystery, but he dies early in the story when he eats peanut oil, which he is allergic to. When you read the book, you discover that he had always planned to die. He brought Jake (Barrett Carnahan) on board so that he could frame the Bayview Four.

Did the Show, One of Us is Lying End?

Peacock said that the teen drama “One of Us Is Lying” will return for a second season. Erica Saleh, who turned the book into a movie, will be in charge of the show’s second season. She takes over for Daro Madron, who will still be an executive producer. The show is based on the book by Karen M.

Chainsaw Man Release Date: Who is the Cast of the Series?