When it comes to Netflix’s Ozark, the series finale is arriving sooner than planned. A full-length teaser for the upcoming Netflix release of the second half of the final season gives fans a sneak peek at what’s to come.

Several of the show’s most important characters met their demise in the first few episodes. Ozark season 4, part 2, is expected to be much more nasty and bloody.

Byrde (Jason Bateman) relocates his family to Missouri’s Lake of the Ozarks region when he gets into problems with a Mexican cartel and sets up an even greater money laundering scheme. Wendy (Laura Linney) and the couple settle in the neighborhood and begin to connect with the Langmore and Snell families and the Kansas City Mafia.

As with Breaking Bad, Ozark focused on transforming an ordinary family man into a ruthless antihero. Since then, Ozark has been nominated for numerous accolades and has become one of Netflix’s most popular shows.

According to showrunner Chris Mundy, it’s time for the program to close, who spoke with Entertainment Weekly about the decision.

Since the beginning, Jason has been talking about making sure we don’t overstay our welcome,” he said. It was important for us to be emotionally honest and not feel like we were rehashing the same old problem because of how serialized we are. A five-season climate felt perfect to me. After that, “We’d be vamping if we continued.”

When Can We Expect to See the Second Half of Ozark Season 4?

On April 29, Ozark Season 4 Part 2 will be available to stream in the United Kingdom.

Season 4 Part 2 was released earlier than expected because all 14 episodes were written and filmed simultaneously.

As Ozark is often compared to Breaking Bad, its final season did something similar. Season 5 consisted of 16 episodes, shown in two parts, one in July 2012 and September 2013, each with an eight-episode run.

What Was the Purpose Behind the Series’ Division Into Two Parts?

There are usually two or three reasons why this happens.

This is partly because filming one lengthier season and then dividing it in half (prior, Ozark seasons were ten episodes long, as opposed to Season 4’s fourteen episodes) is less expensive than shooting two seasons. Actors who may want to move on to other projects will be able to contribute more to the production due to this.

When it comes to awards, there’s sometimes an issue of eligibility to win. Ozark has been a major winner for Netflix at the Emmys in recent years, and they might be able to pick up a few more honors this year because they are releasing the season in two parts.

It’s even easier than all of that, though, since even while Netflix doesn’t have series premieres and finales the way a conventional television channel would, breaking Season 4 into two provides another event to attract people to tune in for.

Season 4 of the Rookie: the Next Episode and All the updates you know about cop drama

Who Is in the Ozark Season 4 Cast? 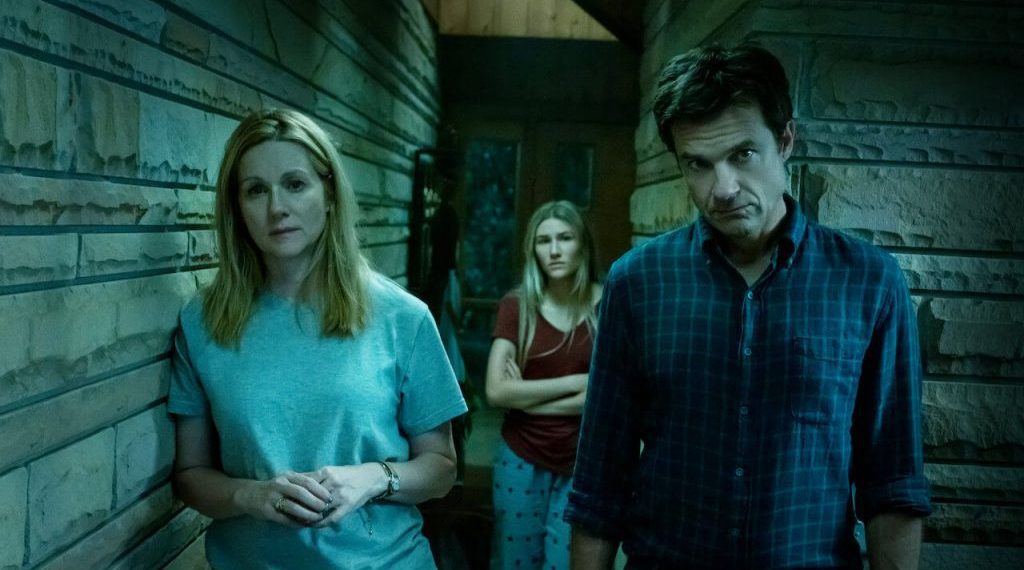 As the series progresses, Laura Linney portrays Wendy Byrde, Martin’s wife and a political campaigner who becomes involved in his money-laundering scheme. Linney is a well-known actor whose credits include The Truman Show, The Squid, the Whale, The Big C, and Frasier.

Will there be a season 5 of Ozark?

Season 4 is the final season of the popular crime drama, and there will not be a Season 5 – however, the fourth season is being released in two halves.

Is season 4 the last of Ozark?

Season four will be the show’s final chapter.

Per Netflix’s official announcement, it will be 14 episodes split into two parts of 7-episodes each. “We’re so happy Netflix recognized the importance of giving Ozark more time to end the Byrdes’ saga right.

Part two of Ozark season four will be released on Netflix Friday, 29 April.