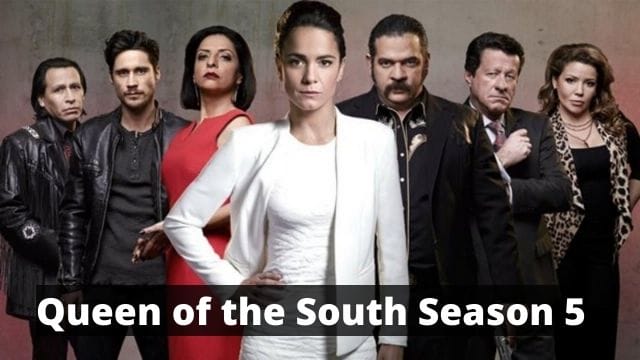 Queen of the South Season 5: Is It Based on a True Story?

Queen of the South is a version of the popular drama La Reina del Sur, which was initially aired on Telemundo, a sister network of the United States. Writer Arturo Perez-work Reverte’s La Reina Del Sur is the source for both programs, which are both live-action interpretations.

Teresa Mendoza (Alice Braga), a poor Mexican woman who rises from the streets to become the ruler of the world’s largest drug enterprise, is the key character of the story. It covers her journey to stardom in the male-dominated drug sector in the course of the series.

Also read: This Is Us Season 6: When Will the Next Episode of it Air?

After season 4, the fifth season of Queen of the South was confirmed by the USA in August 2019. Episodes from season five were scheduled for release in June of 2020 but were delayed due to a lockdown imposed by the Coronavirus pandemic, which began in March 2020.

The Queen of the South series season 1 premiered on June 23, 2016, with the first season. The USA Network has broadcasted 62 episodes of the series till now.

Also read: BMF Season 2: Is BMF Based on a True Story?

Queen of the south season 5: Cast

Queen of the south season 5: Plot

At the end of season 4, Teresa forged a deal with the Russian mob, and it appeared that they will be a major threat in season 5. Furthermore, probably, this isn’t Theresa’s only problem.

The season 4 finale ends with James returning, battered and bearing a message: “They’re coming for you.” Teresa will not be able to sleep, regardless of whether “they” are the Russians, the Drug Enforcement Administration, or an as-yet-unidentified foe.

Settling in New York City, Teresa makes her first forays abroad in this season’s episode. An old opponent from the CIA, which has had ulterior motives for Teresa for a long time, disrupts her hopes of becoming “too big to fail” and becoming “legitimate.”

Teresa’s extended family continues to suffer, yet she also finds love throughout this season. Forcing herself out of the drug trade, Teresa devises a scheme to fake her death and leave the narcotics business for good.

Also read: Outlander Season 6: Is There a New Opening Credit?

Queen of the south season 5: Episodes

The season consisted of a total of ten episodes.

Queen of the south season 5: Trailer

On March 5, 2021, the show’s official YouTube account posted the season five trailer, which can be seen below. According to the trailer, the season’s ending will be explosive, action-packed, and exhilarating.

Queen of the south season 5: Will there be season 6?

It’s already been obvious that season five would mark the end of the series, and there would be no more seasons after that. In addition, the show’s chances of renewal are slim because of the considerable dissatisfaction with season 5.  So the show’s creators have chosen not to renew it.

No official word has been given yet on whether or not the show will be restored, and if it is, it would most likely premiere in late 2023, so the fans have to wait.

Who does Teresa end up with?

Towards the end, Teresa was in a relationship with James Valdez, however, the show’s writer disclosed the genuine and unexpected reason Teresa and James got together.

Is Queen of the South based on a true story?

The novel La Reina del Sur takes inspiration from a real-life female drug lord, Marllory Chacón, who was nicknamed ‘Queen of the South’ by the Guatemalan press. She surrendered to US authorities in 2014 and is currently serving time in prison.

What happens to Camila in Queen of the South?

Although she escaped when Teresa’s men attacked Cortez in the Season 3 finale, Camila was duped into delivering her to Teresa by the niece of her supplier. Teresa banishes and threatens her the last time we see her.

Who kills Cortez in Queen of the South?

In revenge for lobotomizing Bilal, George tortures and kills Cortez with a chainsaw. After a failed mutiny attempt, George’s crew has become like family to him.

Is season 5 of Queen of the South good?

There’s a lot of polish in the final season, and it brings our characters’ stories to a satisfying and surprising conclusion. We can be sure there will be no dull moments after the dust settles.

Is James a CIA agent in Queen of the South?

To safeguard Teresa, James agrees to work with the CIA, which Devon is revealed to be a part of.

Vanessa Nunez is my name. I joined the digital world to pursue my passion for writing in Entertainment , Tech and stay informed. I enjoy writing, and since connecting with Newbusinessherald, I've been working to improve my writing talents.

Amazing Spider-Man 3: Why Was It Cancelled and Other Updates!

Danmachi Season 5: Who Are the Characters in This Season?