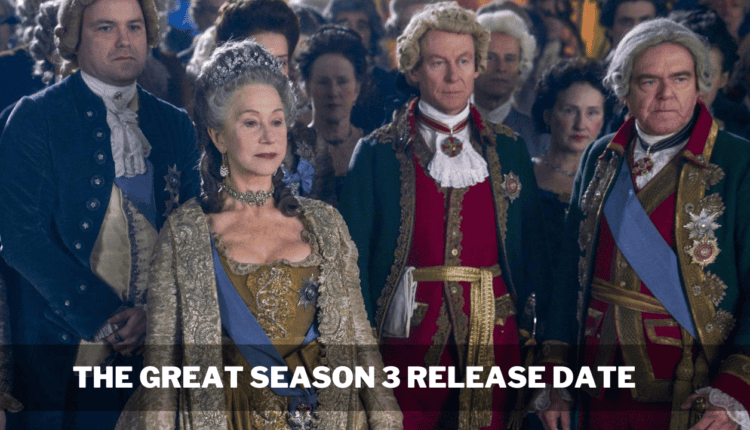 The Great Season 3 Release Date: Plot, Cast and Many more!

The life of Catherine the Great, the final Russian Empress to rule, served as the inspiration for Tony McNamara’s comedy-drama series “The Great.” The plot of the program is a fictitious representation of true events, albeit loosely based on a historical individual. The story of the play is largely focused on Catherine’s tumultuous marriage to Peter III.

On May 15, 2020, the satirical comedy series premiered. The two seasons of the program have received praise from critics for their fast-paced pacing and lighthearted treatment of historical events. The success of the series was greatly influenced by the captivating performances of Nicholas Hoult (Peter III of Russia) and Elle Fanning (Catherine the Great) in the key parts. So, if you’ve already finished the second season of the show and are itching for more, you’re not alone. Let us now tell you what we know about the probable third season!

The Great Season 3 Plot: What can it be About?

In the season 2 finale, the conflict between Peter and Catherine approaches a breaking point. Peter is certain that his wife will wish to have him killed if she finds out that Catherine is aware of how Joanna passed away. We also know that Catherine is not okay with any of it, despite the fact that she appears to be dangerously unfazed despite learning that her husband had an affair with her mother, which led to the latter’s death. Weapons are pulled at Merial and Maxim’s wedding because everyone anticipates a heated quarrel between the royal couple. 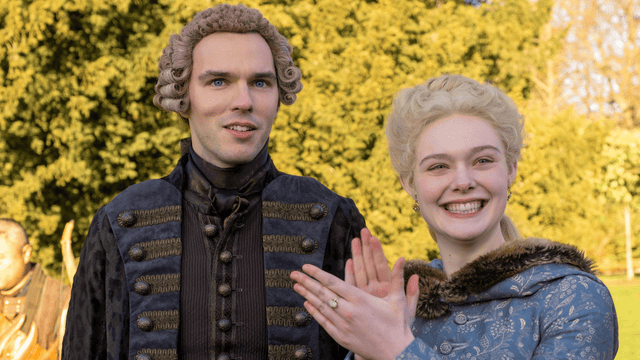 But when both Catherine and Peter relax, events take an unexpected turn. Later on in the evening, Catherine enters Peter’s room and repeatedly stabs him in the back. She immediately breaks down because she had never intended to kill him. It became out that Peter had placed his lookalike because he only knew her too well (fortunately, that guy is not dead either). At the end of the season, Peter and Catherine give each other a hug before turning away.

Season 3 would probably begin where season 2 ends if there were to be one. The aftermath of Joanna’s passing and the events surrounding it will undoubtedly continue to have an impact on Catherine and Peter’s marriage. The Civil War is still raging while all this drama plays out in the royal palace. Therefore, if the show is brought back for a third season, we can anticipate these issues being addressed.

According to The Cinemaholic, The second season of “The Great” debuted on Hulu on November 19, 2021, with all ten episodes available at once. Each episode lasts between 45 and 55 minutes.

Read more:- Happy Valley Season 3: Everything There Is to Know in 2022!

Here is the situation as it relates to the third season of the show. Regarding the future of this charming historical fiction drama, Hulu has not yet made a decision. However, given the reception the show has gotten, we are really optimistic. The creators are also really excited to continue the show after its second season. We originally pitched six seasons, executive producer Marian Macgowan said during the 2020 Winter TCA. Therefore, we think there is enough content to last us till Catherine is an elderly woman.

Later, McNamara said that he was already working on the third installment of the series at the Summer TCA Press Tour in 2021. He preferred to move forward incrementally, but he was optimistic about the show’s future. In fact, he admitted that he frequently searches for novel components that might be incorporated into the plot in order to keep it interesting. Season 2 reportedly took place between November 2020 and July 2021. Therefore, we can anticipate “The Great” season 3 to debut sometime in Q4 of 2022 assuming the comedy-drama is shortly picked up for another cycle and goes into production by the end of 2021 or early 2022.

The Great Season 3 Cast: Who can be in it?

The majority of the performers are likely to reprise their major roles if the third season of the show gets approved. This suggests that several actors, including Charity Wakefield (Georgina Dymova), Nicholas Hoult (Peter III of Russia), Phoebe Fox (Merial), Sacha Dhawan (Count Orlo), Elle Fanning (Catherine the Great), and Gwilym Lee (Grigor Dymov), may return in their roles.

If the program is renewed, Adam Godley (Archbishop “Archie”), Douglas Hodge (General Velementov), Belinda Bromilow (Aunt Elizabeth), and Miles Jupp (Maxim the Painter) may also appear as characters that are important to the plot. Gillian Anderson portrays Catherine’s mother, Joanna, in season 2. Given Joanna’s untimely yet embarrassing passing, it seems unlikely that she will appear again. However, we may anticipate a few fresh faces as intriguing new characters could be featured in the upcoming season 3.

The life of Catherine the Great, the final Russian Empress to rule, served as the inspiration for Tony McNamara’s comedy-drama series “The Great”. The plot of the program is a fictitious representation of true events, albeit loosely based on a historical individual. The second season of “The Great” debuted on Hulu on November 19, 2021. Season 3 would probably begin where season 2 ends if there were to be one. The Civil War is still raging while all this drama plays out in the royal palace.

Each episode lasts between 45 and 55 minutes. “The Great” season 3 could debut sometime in 2022 assuming the show is picked up for another cycle. The majority of the performers are likely to reprise their major roles if the third season gets approved. However, we may anticipate a few fresh faces as intriguing new characters could be featured.

Cobra Kai Season 6: Has Cobra Kai Been Renewed for Season 6?