The Rising of the Shield Hero’ Season 3: Is It Renewed or Cancelled?

The rising of the shield hero anime series is just a good anime for you if you want action fantasy with love, betrayal, and other emotions. This psychological and fiction drama is just suitable for weebs. It is based on Aneko Yusagi’s book of dark fantasy.

Fans are now waiting for Season 3 of The Rising of the Shield Hero. The first season aired in 2019, and the second season picked up where the first left off. The last show happened on April 30, 2022. In the anime, four teenagers are from a different parallel universe. When they get a summons, they become the heroes of the cardinals.

The rising of the shield hero’s false portrayal of molestation was a big problem for the anime reviewers. So far, the show has had two seasons. No official announcement has been made about whether or not there will be a Season 3 of The Rising of the Shield Hero.

Fans already know that in a parallel universe, the Legendary Shield was given to an otaku named Naofumi Iwatami, also one of the Cardinal Heroes. Waves, a group of monsters, are putting him and the other Cardinal Heroes in danger.

When his wife falsely accuses him of sexual assault and steals his things, Naofumi’s life is turned upside down. In the book, Naofumi tries to get rid of the Waves and make himself look better to the public.

“The Rising of the Shield Hero” got a lot of bad reviews because it used sexual assault as a plot device without any reason. But the ratings for the first season show that it was well-liked by most people; because of how popular Crunchyroll’s anime series is, sales of books and comics have gone through the roof.

Because of how popular the show is, it seems inevitable that it will get a second season. The anime’s second season just came out, and now we’re trying to find out when the third season will come out.

There has been no official word on when Season 3 of The Rising of the Shield Hero will be out. Fans hope it will come out in the fall of 2022 or the winter of 2023.

At the 2019 Crunchyroll Expo, both Season 2 and Season 3 of Shield Hero were announced simultaneously. This led some people to think that the two seasons would somehow connect.

Fans were surprised that Season 2 of The Rising of the Shield Hero only had 13 episodes since Season 1 had 24. Because of this change, more people began to think that the second and third seasons would work together, almost like a single split-course season.

Also Read:- Horimiya Season 2 Anime Will It Ever Happens in the Future?

If that turns out to be accurate, the third season of Shield Hero could start after a one- or two-hour break. That would mean that Season 3 of The Rising of the Shield Hero would come out in October 2022 or January 2023.

Of course, all of this is just a guess right now. After Season 2 of Shield Hero, we expect to hear some news.

Renewal Status of Rising of the Shield Hero Season 3

Well, folks, we have some excellent news for you. Rising of the Shield Hero season 3 has been confirmed, and it’s coming soon. Fans of anime series know that a light novel or manga series has to sell a lot for it to be made into an anime series.

Even in the past, we’ve seen that if DVD and Blu-ray sales in Japan were good, a production company would be happy to make a second movie. In the last few years, the anime industry has changed in a good way.

The first episode of the Shield Hero anime was so popular that Kadokawa, which publishes manga and light novels under the name Media Factory, said that the Shield Hero anime series was the main reason their income for the quarter went up. The money made from streaming the first season goes a long way toward making the next two.

Plot Line of The Rising of the Shield hero Season 3

There is no official synopsis for season 2 of “The Rising of the Shield Hero.” The official teaser clarifies that Season 2 will pick up right where Season 1 left off.

In the last episode of Season 1, Naofumi competed against the Fan Hero, Glass, a hero from another world. She killed all of the Cardinal Heroes to protect her people. The Waves think they are connected. There is a chance that Glass will come back in Season 2.

So far, there are no plot details available to viewers, but we think the story will continue from the second season. In the most recent episode of Rising of the Shield Hero season 2, Naofumi Iwatani and his team don’t have time to waste because another wave is coming in a week.

Also Read:- Golden Time Season 2: Is It Renewed or Cancelled?

Mirella Q Melromarc, their queen, and the four cardinal heroes talk about what’s going on. The queen says that these recent events are related to the spirit turtle. But when the bat familiars catch Lurolona, that will be enough of the wave.

The Spirit Turtle is a dangerous creature that just woke up and wants to cause trouble and destruction. Then they start making plans to bury the spirit tortoise for good. As far as the story goes, it looks like the anime follows the storyline of the manga and light novel series.

Only one cursed shield hero stepped up to carry out the plan. So, we think The Rising of the Shield Hero Season 3 will pick up where Season 2 left off with the Shield Hero’s journey.

The Rising of the Shield Hero Episodes Details

An anime is usually a three-month TV show about sports and other physical activities. But the creators haven’t said how many episodes there will be yet. Most likely, the second season will be split into two parts. A season usually has somewhere between 10 and 13 episodes. So, we can expect the anime sequel to have the same number of attacks.

Season 3 Cast  of The Rising of the Shield Hero 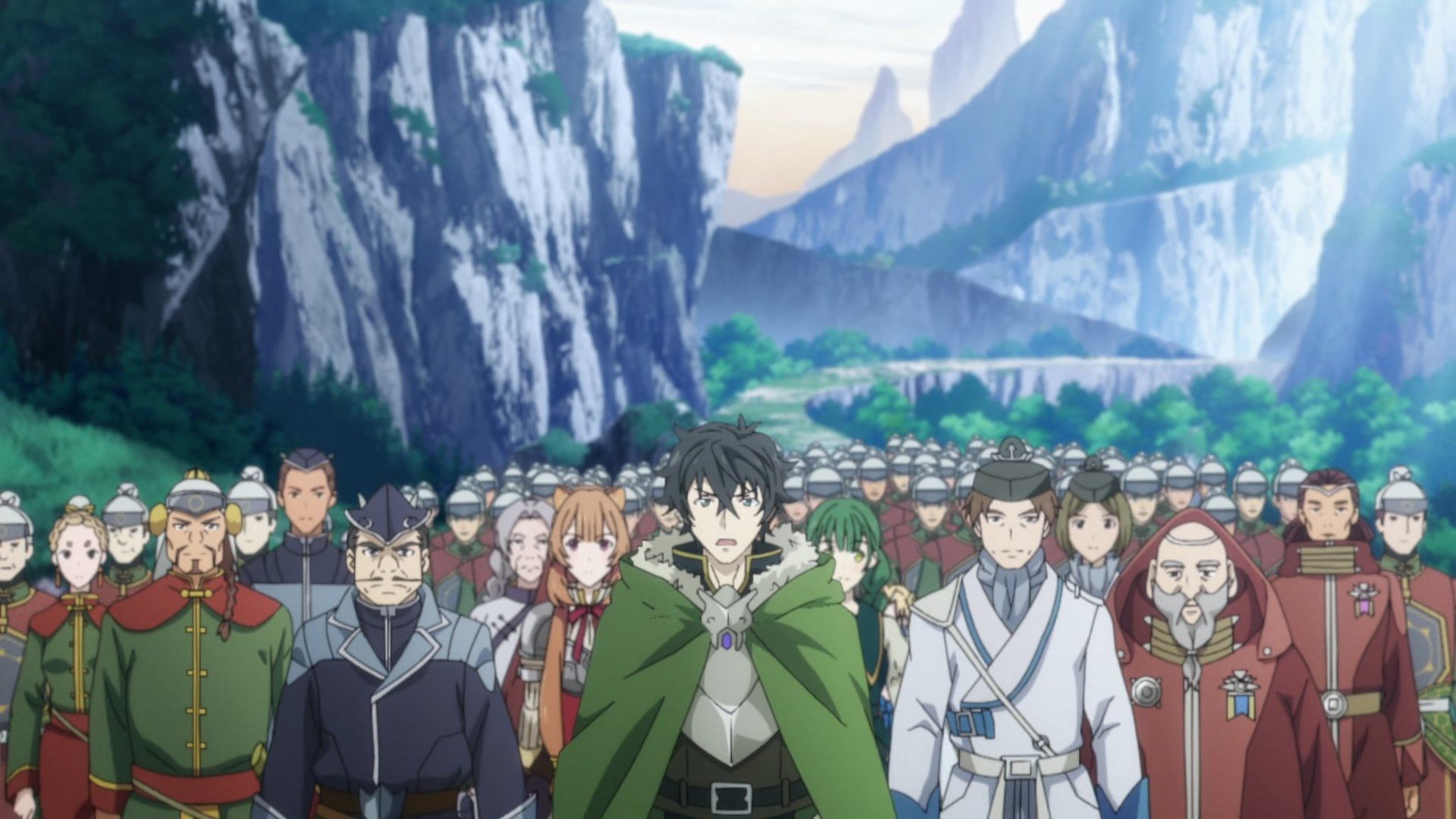 But you can watch the official trailer for the second season below if you haven’t seen it.

Where can I Stream Season 3 of The Rising of the Shield Hero?

Because it has not yet been made public, the third season of The Rising of the Shield Hero is not presently viewable online. However, once it is made available to the public, you can view it on some channels in Japan, such as AT-X, KBS Kyoto, Tokyo MX, TV Aichi, Sun TV, and BS11.

Fans are anxious to follow the forthcoming season but are forced to wait since information on streaming services has not yet been disclosed.

At this point, this is all the information we have about the impending third season of The Rising of the Shield Hero. However, continue to check in on our site since we will most certainly update this blog as soon as we obtain any new information.

The following are some of the best anime titles currently available to stream:

Cash Warren’s Net Worth: What Are His Main Sources of Income?