The phrase “adventure” may be imprecise in filmmaking, but these films demonstrate how fascinating these tales may be on the big screen. Despite the wide variety of adventure films, they always share a basic theme: a journey.

A person’s subconscious can also be a source of inspiration for a person on a journey to a faraway location. We’re going to take a look at the 10 best action movies of all time to see how they stack up.

Even though each picture in the Avengers franchise was a commercial and critical success, the conclusion of the series was by far the most acclaimed and financially lucrative of the bunch.

In “Avengers: Endgame,” the heroes band together once more in an attempt to undo Thanos’ devastation of the world. Their objective is to go back in time and steal the Infinity Stones from him before he can get to them. Toying with one’s destiny, on the other hand, will not be without its repercussions.

Shortly after its first release, the film Endgame surpassed all other motion pictures to become the all-time box office champion. Its mind-blowing action sequences, eye-popping amazing effects, and a journey that was driven by emotion all contributed to one unforgettable climax.

The Japanese historical drama Seven Samurai is the film that has been around the longest and is the one that holds the title of the oldest entry on this list.

The events of this novel take place in the year 1586, during the Sengoku period, in a community of farmers who have hired a company of samurai to defend their harvests from being taken by bandits. The town is located in a mountainous region of Japan.

A long time ago, in a galaxy far, far away, Star Wars amassed a massive fan base that continues to this day. None of this would have been possible if the first picture, A New Hope, had not been released.

Luke Skywalker and Han Solo partner together to pilot the Millennium Falcon in the 1977 sci-fi space opera. Their mission: to rescue Princess Leia and free the galaxy from the terrible Darth Vader and the Empire.

Fans were left wanting more because of the imaginative world-building, graphically spectacular action, and fascinating characters. Of course, that is exactly what they received. 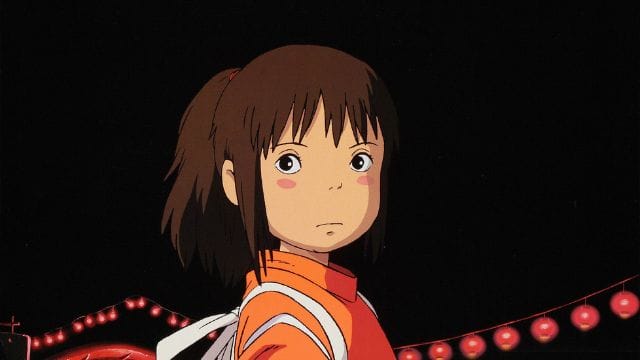 Spirited Away, a Japanese fantasy movie released in 2001, holds the record for having the highest rating among these animated movies.

The classic coming-of-age tale that was created by Studio Ghibli depicts the story of a little girl who is 10 years old and her parents inexplicably change into pigs after they enter an abandoned amusement park.

She must find out, with the assistance of a figure named Haku, how to return her parents to their human form while simultaneously evading the spirit realm in order to succeed.

Spirited Away is one of the most remarkable films ever made because of its breathtaking hand-drawn animations, its ethereal score, and its enduring narrative.

In the future, as depicted in this epic sci-fi film from 2014, the Earth has begun to deteriorate owing to fading crops and frequent dust storms.

A NASA physicist hopes to preserve humanity from extinction by moving the whole human race to a new planet. Prior to this, researchers must travel through a wormhole in order to find somewhere new to call home.

In the film that takes place immediately after A New Hope, Darth Vader and the Emperor hatch a plan to eliminate Luke, Han, and Leia. Yoda, a Jedi Master, teaches Luke the ways of the Force so that he can defend himself and fight back.

Film adaptations of J. R. R. Tolkien’s Lord of the Rings trilogy have received generally positive reviews. Frodo and Sam are joined by Gollum in the second of these films, The Two Towers, as they continue their trip to Mordor in an attempt to get rid of the One Ring.

As the first chapter of The Lord of the Rings unfolds, Frodo is forced to set out for Mordor shortly after discovering that he has inherited the Ring.

He accomplishes this together with eight other comrades in the hope that they would arrive at Mount Doom before Lord Sauron does. The timeless story was given a fresh lease on life thanks to the high production value of the film and the excellent casting choices.

To get away from fantasy and into sci-fi, you’ll need to see this action thriller from 2010 about a thief who takes people’s secrets by entering their minds. In order to escape the consequences of his misdeeds, Dom, despite his skill, is soon compelled to try something new—planting a concept in someone’s mind.

Inception brought viewers’ dreams to life with its stunning graphics, clever storyline, and mounting tension. The story was bolstered by a terrific cast.

Also Read:- Here Is the List of the Best French Movies to Stream in 2022

The concluding instalment of the Lord of the Rings trilogy is the highest-rated adventure film of all time. In 2003’s The Return of the King, Frodo and Sam eventually arrive at the spot where they want to destroy the One Ring.

Meanwhile, Gandalf, Aragorn, Legolas, and the others prepare for the ultimate fight in Minas Tirith against Sauron.

The film’s real emotion and spectacular imagery earned it tremendous accolades. It won all eleven Academy Awards for which it was nominated, including Best Picture.

An adventure film falls within the umbrella of the cinema genre known as “adventure fiction.” There are a variety of adventure cinema subgenres, including swashbucklers, pirates, and survivor stories. Action, animation, humor, drama, fantasy, science fiction, family, horror, and war are all examples of other film genres that can be merged with adventure films.

The setting is often a character in adventure films. They’re usually placed in exotic places like vanished continents. They may be set in an era and comprise adapted stories of real or fictional adventure heroes. Battles, piracy, insurrection, and the construction of empires and kingdoms face the main characters. The movies which are mentioned above are the mos adventurous movies of all time.

All You Need To Know About The Best Hulu Original Series