Vinland Saga Season 2: What is Season 2 About? (Spoiler Alert)

The anime’s first season’s animation was done by WIT Studio, but for its second season, Studio MAPPA—the animators behind brilliant shows like Attack on Titan and Jujutsu Kaisen—will take over.

The events of the Vinland Saga take place at the height of Viking dominance in Europe, and they include King Cnut the Great’s rise to the English throne and the establishment of his North Sea Empire. Young Icelandic explorer Thorfinn, whose father was killed by mercenaries, works for the mercenaries for the sole purpose of exacting retribution against them. Thorfinn’s true aspiration is to sail across the ocean and arrive in Vinland, a place of paradise.

What Is Vinland Saga: Season 2 About? (Spoiler Alert)

We anticipate Vinland Saga: Season 2 to adapt the entirety of the second manga arc, the Slave Arc, in the same way that the first season covered all of the events of the War Arc, from Thorfinn’s difficult childhood to Askeladd’s unexpected death. 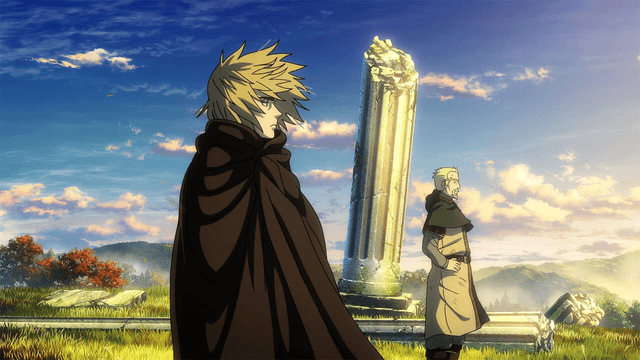 As restitution for his attack on Prince Canute, Thorfinn is now sold into slavery in the manga. A furious Thorfinn started flinging his hands in all directions because he could not stand that the prince had taken away his life’s mission—to kill Askeladd.

Thorfinn meets Einar while being held captive, and the two of them work to escape their unsettling situation together. On the other hand, Canute is now king, and he begins to implement his plans to turn Earth into a utopia.

Mark your calendars for January 2023 because that’s when you’ll see Thorfinn again in Vinland Saga: Season 2. It will be amazing to see such an emotional part of the plot develop.

When Is Vinland Saga Season 2 Coming to Netflix?

Previously, we thought that fans might have had to wait up to three years before the second instalment of the Vinland Saga appeared on Netflix. We couldn’t be more pleased to be mistaken. Updates on the anime’s official website confirmed that, with the exception of China, Netflix will stream Vinland Saga season 2 globally. It has also been confirmed that Crunchyroll will stream the show in every country besides Asia. As a result, streaming rights will be split between Netflix and Crunchyroll in the US.

On January 9th, 2023, Japan will start to broadcast the second season of Vinland Saga. Netflix has never screened anime outside of Asia, so it is currently unknown when the first Vinland Saga episodes will be available on the service. Prior to now, there had been a brief delay for each weekly anime show that Netflix had obtained a licence for, ranging from a few days to a few weeks. As a result of simulcasting, Crunchyroll may be able to watch episodes before Netflix. But we’re still waiting for Netflix to reveal the precise release date for Vinland Saga season 2.

What about the English Dub?

The wiki states that Netflix has the streaming rights for the anime’s English dub by VSI. This implies that the English dub might be released later in the year if VSI offers one soon after the Japanese broadcast’s release.

We are currently awaiting Netflix and Studio Mappa’s official confirmation.

The brand-new trailer includes a flashback of Thorfinn’s time as an employee of Askeladd. Several new characters, including Ketil, Olmar, Arnheid, Snake, and Thorgil, who may play significant roles in the upcoming plot, can be seen in the trailer. Thorfinn is instructed to stand up by Askeladd’s voice at the beginning of the trailer. It will be relatively simple for those who watched the first season to comprehend.

Vinland Saga is produced in Japan. Anime’s first season’s animation was done by WIT Studio, but for its second season, Studio MAPPA will take over. Netflix has never screened anime outside of Asia, so it is currently unknown when the first Vinland Saga episodes will be available on the service. Vinland Saga: Season 2 will cover the entire second manga arc, the Slave Arc. The trailer includes a flashback of Thorfinn’s time as an employee of Askeladd. New characters Ketil, Olmar, Arnheid, Snake, and Thorgil can be seen in the trailer.

Severance Season 2: Who Will Be In severance season 2?