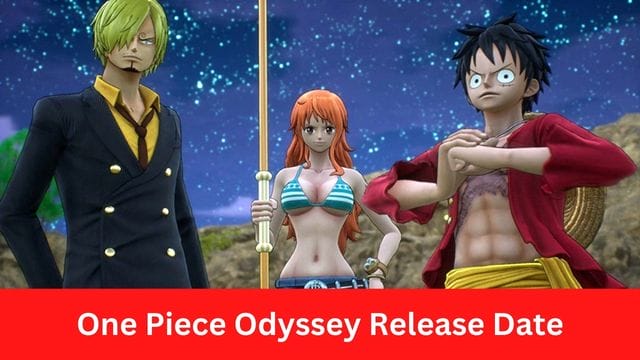 Even though only two of the original four are still going strong, the Dragon Ball Super franchise has managed to keep going without its original creator despite this. With its recent 25th anniversary, One Piece has proven once again why it is the most popular manga and anime of all time.

Who is the Creator of One Piece Odyssey?

According to information released in May and debuting at Summer Game Fest 2022, One Piece Odyssey will be the next instalment in the One Piece canon. With series creator Eiichiro Oda heavily involved in the game’s direction, it promises to be the most faithful game to the series to date.

We only get brief glimpses of gameplay and the vague knowledge that One Piece Odyssey will be a JRPG. Like in recent Dragon Quest games, players will be able to see their enemies in the world and decide whether to approach them or run away. The combat system is a turn-based RPG in the classic sense. The Scramble Area Battles are the basis for this system. This causes battles to be segmented into regions where your party and the enemy will be dispersed at random.

The “Dramatic Scene” feature in battles will also allow for chance to play a role in the outcome of the conflict. It was suggested that since Sanji is surrounded by women, he may be unable to fight. Those who are able to persevere through these situations are rewarded with more valuable items.

It is known that you will have some measure of influence over Luffy, Zoro, Nami, Usopp, Sanji, Chopper Robin, Frankie, and Brook of the Straw Hat Pirates. At any time, you can switch to a different character, each of whom has their own set of skills (such as Luffy’s stretch arms or Zoro’s swords).

Besides that, we only get to watch people wander around open areas, look for treasure, and solve puzzles.

For $60, you can get your hands on the Standard Edition, but the fact that you can choose between different editions suggests there will be more down the road. If that is the case, we will make sure to update this page with all the relevant information.

If the number of players listed on the box is correct, then One Piece Odyssey will be a solo experience. There’s no crew allowed on this particular piratical adventure.

One Piece Odyssey’s announcement coincided with a release window for the game set for 2022, so fans don’t have to wait too long. Unfortunately, the release date for the game has been pushed back from 2022 to the first day of the new year, January 12, 2023.

At the beginning of the promotional trailer, we see the famous Straw Hat ship lying on the sand of an island, half submerged. Along with the caves and temple-like structures, the beach is strewn with weird, colourful, and utterly befuddled-looking creatures.

Several brief shots of Luffy and the gang exploring the island, climbing, and unearthing treasure, have finally made their way to us. There is also a cool montage showing off the unique fighting styles of each member of the crew. The teaser ends with an unidentified person walking up to where Luffy left his hat in the sand.

While no specifics about the story were given, we did find out that Oda, the series’ original creator, would be responsible for both the new story and characters. The One Piece Odyssey world premiere trailer debuted at Summer Game Fest, providing a deeper look into the game.

Luffy and his crew are sailing along the Grand Line when Luffy notices a mysterious island with a bright light shooting into the sky. The Knock Up Stream launches their ship into the air and crashes it down toward the island, forcing Luffy’s hand because he’s curious.

When you arrive on the island, you’ll meet a montage of characters and other elements from the game. A cryptic line reading “This is a world created from your memories” appears at the end.

Rather than a trailer, Bandai released a development diary featuring the game’s producer, composer, and the current editor of the One Piece manga. They cover a lot of ground, but the game’s design intent was to reflect the epic adventure spirit of the original source and to make full use of what sets this manga apart. They highlight the line “let’s travel to the heart of memories” as central to the game’s concept.

Current-gen and retro gaming systems will be able to play One Piece Odyssey. That entails the PC, PS4, PS5, and Xbox Series X/S. No versions for Xbox One or Nintendo Switch have been announced as of yet, which is surprising in the case of Xbox given the game’s impending PS4 release.

How Official is One Piece Odyssey?

Like the other One Piece video games, One Piece Odyssey isn’t canon. Fans shouldn’t be surprised by this, though. After all, the One Piece manga alone isn’t generally accepted as canon.

How Old is the Oldest Character in One Piece?

Hatcha is a 188-year-old ex-human who participated in the Gigantification experiments on Punk Hazard a generation before the events of the story. After the experiment, he was transformed into his current form, which resembles the look of Oars and Little Oars Junior, just like the other Numbers.

Halo 4 Release Date: When Can I Expect the PC Version of Halo 4 to Be Released?

A Million Little Things Season 5: Release Date, Trailer, When Will the ABC Premiere Be?