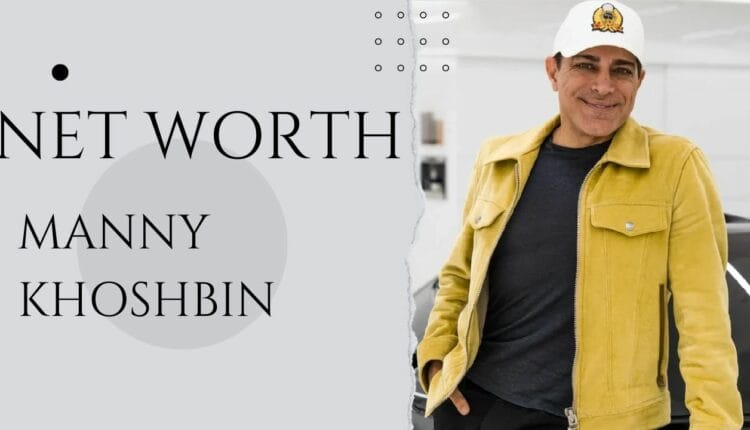 Manny Khoshbin is probably living your wildest dreams if you like exotic sports cars. The real estate tycoon has a fleet of vehicles worth tens of millions of dollars that he wants to show off on Instagram and YouTube.

You may have seen some of Khoshbin’s unique cars online, but you might not know much else about him. Please find out more about Manny Khoshbin and how he got to where he is now.

As of 2022, Manny Khoshbin, an Iranian businessman, YouTuber, real estate entrepreneur, and author, has a net worth of $80 million.

He started working in the business when he was a teenager, and over the years, he grew into a top-notch real estate agent with several groups working for him. Aside from that, he worked when he was young, but he soon switched to business to make sure he could realize his dream of building a big company. 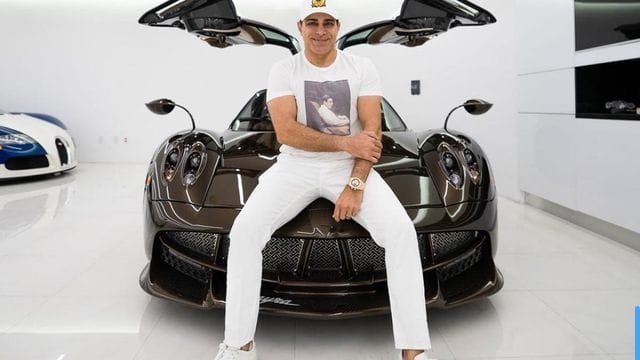 Manny Khoshbin is an Iranian-American businessman, author, and mogul. He is the president and CEO of The Khoshbin Company, based in Orange County, California. Driven: The Never-Give-Up Roadmap to Huge Success is another book by Khoshbin (Entrepreneur Press, 2018).

Who is Manny Khoshbin

Manny Khoshbin is an Iranian investor in real estate, business owner, and entrepreneur. He is the president and CEO of The Khoshbin Company, a commercial real estate company.

READ MORE: Ryan Fellows Net Worth: How Much Worth Does He Left Before His Death?

He is also well-known on social media for posting pictures of his massive collection of expensive cars and his luxurious lifestyle.

A post shared by Manny Khoshbin “Never Give Up” (@mannykhoshbin)

How Did Manny Khoshbin Get Rich?

Manny Khoshbin is the perfect example of someone who went from working for the minimum wage to living the “American dream.”

When Khoshbins was 14, he and his four siblings moved to the United States to escape the war in their home country. When they got to America, they had to live in a car until their father could get a job and find a place to stay.

Manny started working at Kmart when he was 16 years old. He was paid $3.15 an hour to pick up carts and mop the floors. He got a job selling candy and nuts door-to-door but soon realized he could do it himself and make more money. 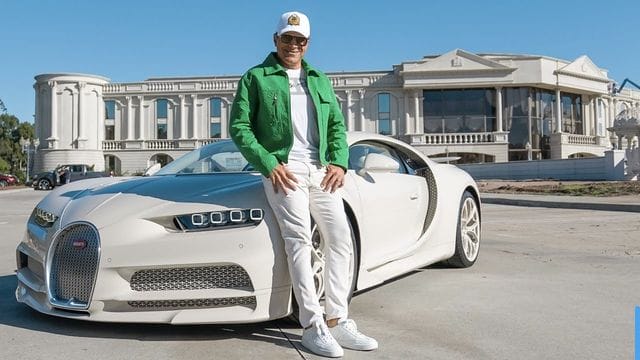 So, Khoshbin started his first business during his senior year of high school. He bought food in bulk and sold it door-to-door. But when a health inspector told him he needed a permit he couldn’t afford, he had to shut it down.

When he was 20, his father’s friends told him to put all his money into a gas station with only a 10% down payment. Manny wanted to make money, so he put all of his money into the project. Soon, he realized it was a scam, and he lost everything.

READ MORE: Jj Da Boss Net Worth: How Much Worth Does He Make in His Career?

Khoshbin took a job as a loan officer at a mortgage company because he had no money and no job. After only six months, Manny decided he needed a change. He got a real estate license and, a few months later, started a mortgage and real estate company. From there, he began to invest in homes that were in bad shape or were owned by banks.

Manny Khoshbin got married to Iranian-Canadian actress Leyla Milani in June 2011. They have a son, Enzo, born in 2012, and a daughter, Priscilla (born in 2016). Milani has been in WWE, Curb Your Enthusiasm, and Deal or No Deal.

Khoshbin must live pretty well since he is so successful in real estate.

His old home in Newport Coast, California, is a masterpiece worth more than $30 million. The house was 13,532 square feet and had 7 bedrooms, 9 bathrooms, a sauna, gourmet kitchen, home theatre, 1500-bottle wine cellar, 16-car underground garage, and a poker parlor. 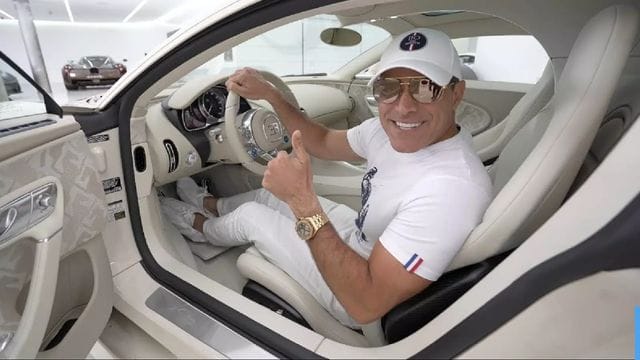 His new house, which used to be a church, has a “hypercar garage” and a private go-kart track and is on a 70,000-square-foot lot.

When you look up Manny, it’s clear he likes nice cars. He has some of the rarest and most expensive cars in the world. His car collection is worth more than $30 million (including some made personally for him)

These are some of the vehicles:

On top of all that, he also owns a yacht and a luxury plane.

The Khoshbin Company grew until it owned and managed more than 205 million square feet of property, bringing in money. In 2008, he decided to leave Fidelity National Funding. When he started publishing, Khoshbin’s Contrarian PlayBook was the first book he put out. Complete, a company that posts on the web, named Khoshbin CEO.

READ MORE: Ryan Fellows Net Worth: How Much Worth Does He Left Before His Death?

His most recent project was to start Contrarian Academy, a training program for people who want to invest in commercial real estate. Khoshbin Co. bought the Trinity Broadcasting Network building in Costa Mesa for $22 million in 2021.

Sara Sigmundsdottir Net Worth: How Much Worth Does She Have?

Norman Reedus Net Worth: Who on the Walking Dead Makes the Most Money?