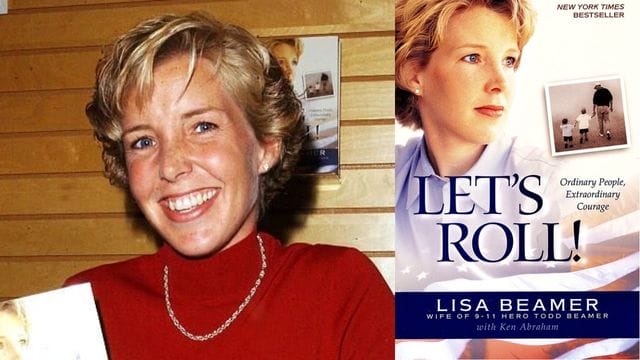 Who is Lisa Beamer New Husband?

Lisa Beamer is an American writer. She was born on April 10, 1969, as Lisa Brosious. She is best known for what she did after the United Flight 93 crash in the United States on September 11, 2001. Her husband, Todd Beamer, was a hero who died in the crash.

She graduated from Wheaton College in 1991, and she gave the commencement speech at Wheaton in 2011.

Who is Lisa Beamer?

Lisa Beamer was born in Albany, New York, and raised in Shrub Oak, north of New York City, as one of Paul and Lorraine Brosious’ three children. Her father, an IBM research scientist, died of an aneurysm when she was fifteen. Beamer was reared as a Baptist, but with the death of her father, her faith was disturbed. She met Todd at Wheaton College, a Christian college near Chicago; after their marriage, they lived in New Jersey.

What Happened to Lisa’s Husband?

Todd Beamer, 32, was on his way to a business meeting in San Francisco on September 11, 2001, when he boarded a United Airlines flight from Newark Airport in New Jersey.

He was scheduled to return home later that evening to his expectant wife Lisa and their two young sons Drew and David.

Mr. Beamer worked for a computer company, selling software. Terrorists took control of the flight 46 minutes into it. “We have a bomb onboard, so sit,” they told the passengers.

The plane’s destination was changed to Washington, D.C.

As some passengers were able to contact their families and friends, they learned that two planes had impacted the World Trade Center and another had slammed the Pentagon in Virginia.

Mr. Beamer and the other passengers quickly recognized they were aboard the fourth jet involved in this bigger attack on the United States.

As he attempted to make a call, he was connected to Lisa Jefferson, a United Airlines in-flight phone service call center supervisor. They spoke for thirteen minutes in total.

The Lord’s Prayer and Psalm 23 were recited as other passengers joined in. As the plane began to dive, Mr. Beamer’s voice rose somewhat higher while remaining calm throughout the call.

Mr. Beamer and a group of passengers and flight attendants convened and voted to attempt a cockpit takeover.

He urged Ms. Jefferson, “If I don’t make it, please call my family and tell them how much I love them.”

Are you ready? Okay, let’s roll” he was overheard telling the others. The last thing she heard Mr. Beamer say was this.

With Lisa, Did Todd Beamer Have Any Children?

Lisa was five months pregnant at the time of the attacks, and the couple already had two children, Drew and David.

Lisa gave birth to their daughter Morgan Kay in January 2002.

All three attended Wheaton College and, like their father, are athletes.

David, who was three when his father died, was a quarterback for the football team, while Drew, who was one when the terrorist attacks occurred, and Morgan both played soccer. 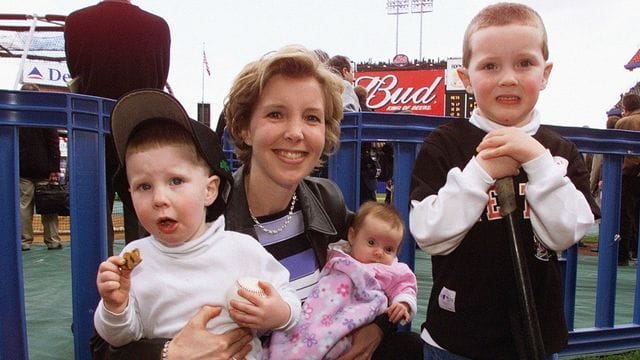 Who is Lisa Beamer’s Current Husband?

Since her first husband Todd Beamer’s death in 2001, Lisa Beamer has not remarried.

She lived alone for the majority of her life, raising her children and remembering her partner. There is widespread consensus that Lisa will never marry again.

Read more: Dan Bilzerian Net Worth: Everything That You Want to Know About Dan and His Marriage!

Where is Lisa Beamer Right Now?

Following the loss of her spouse in 2001, Lisa was propelled into the public eye.

She continues to preserve her husband’s legacy by speaking at their college, Wheaton, on the anniversary of September 11th.

She co-authored the book Let’s Roll!: Ordinary People, Extraordinary Courage in 2003. In addition to raising her three children as a single parent, she established a foundation in her husband’s name. Currently, it is believed that all three of Todd and Lisa’s children attended Wheaton College. Morgan is currently 19, Drew is 21, and David is 23.

Age of Lisa Beamer: How Old is She?

She was divorced from her spouse at the age of 32 and became a widow.

In terms of her family, Lisa Beamer is the mother of three children. At the time of the assaults, she was five months pregnant with her youngest daughter, Morgan Kay.

In the six months following the assaults, Beamer made over 200 media appearances. On January 9th, 2002, Morgan was born.

Fascinatingly, all three of Lisa’s children attended Wheaton College, where she and Todd met. Dave was just three years old when his father passed away, and like his father, he is a competitor who played quarterback in football.

The next kid of Lisa, Drew, who was 1 at the time, participated in school football.

Read more: Iyanna and Jarrett Divorce: Did They Discussed Their Marriage on Social Media?

Todd Beamer
They were the last recorded comments of Todd Beamer, a passenger on United Airlines Flight 93 during the September 11 attacks of 2001, as he and other passengers attempted to rush the cockpit and retake the plane.

What Was Todd Beamer’s Occupation?

Todd Beamer, who resided in Cranbury, New Jersey, worked for Oracle Corporation as an account manager. He perished on United Airlines Flight 93 on September 11, 2001, at the age of 32, as a result of the terrorist attacks.

What is Lisa Beamer Now Doing?

Following the loss of her spouse in 2001, Lisa was propelled into the public eye. She continues to preserve her husband’s legacy by speaking at their college, Wheaton, on the anniversary of September 11th. She co-authored the book Let’s Roll!: Ordinary People, Extraordinary Courage in 2003.

Lisa Beamer was born in Albany, New York, and raised in Shrub Oak, north of New York City. She is the co-author of the book Let’s Roll! Ordinary People, Extraordinary Courage. Her husband, Todd Beamer, died in United Flight 93 crash on September 11, 2001. Todd Beamer’s wife Lisa was five months pregnant at the time of the 9/11 terrorist attacks.

The couple had two children, Drew and David, who were both athletes. Todd Beamer’s wife, Lisa, was five months pregnant at the time of his death. Todd Beamer died on United Airlines Flight 93 on September 11th, 2001. Lisa Beamer is the mother of three children, all of whom attended college with her late husband.

Who Is Ron Klain? Who Is His Daughter?

Top 7 Most Popular Hollywood Actress, Who Will Never Be Forgotten!